Our view: Homosexual rights and politics 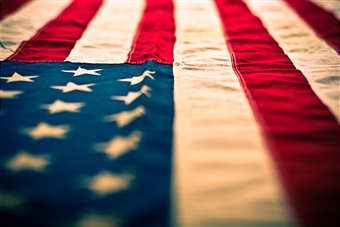 As the 2016 election season approaches, different viewpoints on social issues emerge, sparking controversy and debate. Notably, a candidate running for presidential election next year discussed rights for homosexuals Sunday, stating that the relationship between Christian viewpoints and same-sex marriage are conflicting.

“It’s like asking someone who’s Jewish to start serving bacon-wrapped shrimp in their deli,” the candidate said. “We’re so sensitive to make sure we don’t offend certain religions, but then we act like Christians can’t have convictions that they’ve had for 2,000 years.”

While we at the Collegian recognize different perspectives, it seems unfair that the viewpoints some prominent politicians hold still promote restricting basic human rights. The United States made great strides last year toward marriage equality (36 states and Washington D.C. currently allow same-sex marriages), and the Supreme Court will be taking on the issue later this year. It is disheartening to see that some candidates running in next year’s election hold these oppressive views because homophobia is unacceptable; just as racist comments and sexist comments are not to be tolerated, neither are homophobic comments.

Between minimum wage, healthcare and higher education issues, along with a multitude of others, should politicians still be worrying about the imaginary threat lesbian, gay, bisexual and transgender individuals pose to our nation? We should allow for social progress and move on.

Collegian Editorial Board can be reached at letters@collegian.com or on Twitter @CollegianC.