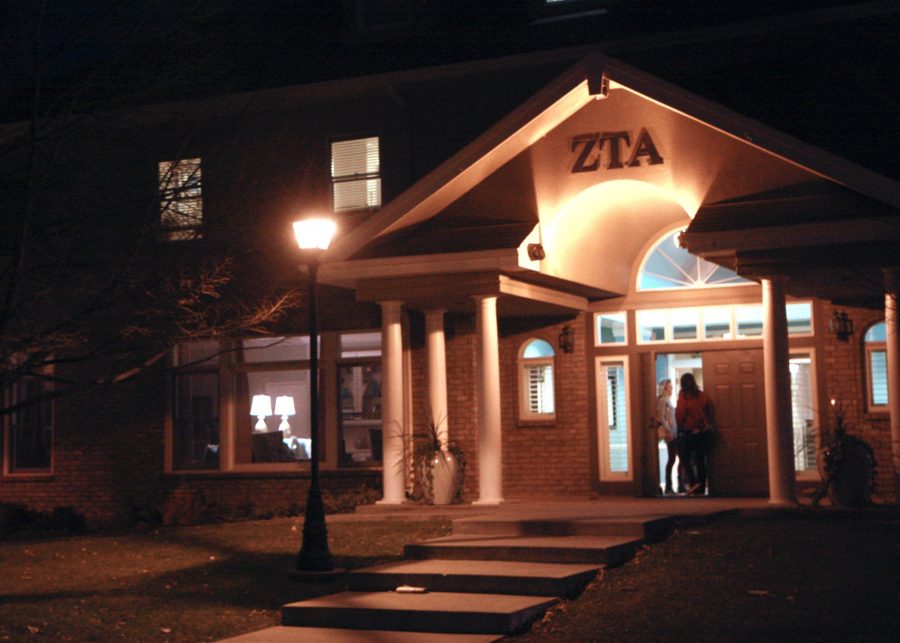 Housing for CSU Greek chapters is varied and limited. Some chapters enjoy comfortable homes near campus, while other chapters have no central house at all.

What do 85 percent of all Fortune 500 company executives, 13 out of 16 of America’s most recent Presidents, and Michael Jordan all have in common? They are all members of a fraternity or sorority. Greek organizations develop values such as communicating, motivating, responsibility, confidence, and competence through teamwork, service and academics, thus shaping their members into the men and women that are leading this nation.

While the media often portrays fraternities and sororities by the negative stereotypes that have been created as a result of a number of incidents involving alcohol or hazing, the positive aspects of these organizations are much too often overlooked by the general public. Being a part of a Greek organization has been proven to further individual’s personal and professional development as well as increase one’s possible success in life and is evidenced by the fact that so many of these members have reached a position of leadership in our country.

As a fraternity member myself, and as the president no less, I can attribute many ways that my Greek experience has helped my personal development. Whether by failing to meet a deadline on time and learning what needs to be done differently, or by experiencing the thrill of successfully hosting an activity that betters the community, Greek Organizations offer the opportunity to test the basic qualities of leadership in the areas of scholarship, athletics and community service. Although the vast majority of students in college do not make the decision to become a part of a Greek organization, there is plenty of evidence to suggest that joining a Greek organization can improve the overall quality of a student’s collegiate experience.

Here at Colorado State University, of the 25,000 plus undergraduates currently enrolled, only a small 6 percent of those students have decided to get involved in a Greek organization. Although such a small portion of college students choose to get involved, a study from the University of Missouri states that 7 million dollars is raised by over 9 million Greeks every year, making the Greek system the largest network of volunteers in the US. In addition to the 10 million hours of volunteer service Greeks provide yearly, their experiences also further student’s probability of graduating by supporting their academic interests. A government study done by the U.S. Bureau of Labor Statistics shows that over 70 percent of all those who join a fraternity or sorority graduate, while only 50 percent of all non-fraternity or sorority persons graduate. Simply by joining, you already have an advantage over students who choose not to.

So, what can one do during their college years to get an advantage over their peers and prepare themselves early on for a successful career? Get involved. The skills a student will gain as a member of a Greek organization will set them up for success and prepare them for a rewarding career, just as these organizations have done for many of America’s most successful citizens.

Fraternities and sororities are a part of almost every college institutions and it is never too late to go Greek. No matter who you are, or where you come from, chances are, there is a Greek organization out there that will be a perfect fit for you. Alumni members of Greek organizations are commonly ranked high in social capital, investing their time and energy to improve the quality of life in their communities.

By making the choice to get involved, you too can accomplish similar achievements and increase your chances to succeed.

Letters to the Editor can be sent to letters@collegian.com.