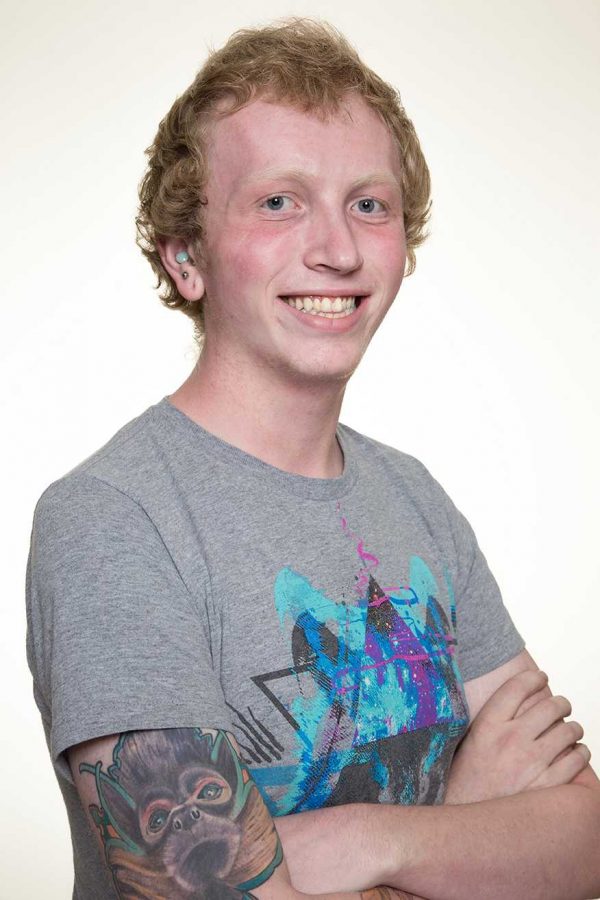 The number, on the surface, should appear insignificant, but as all of us know far too well, this measurement is one of the most anticipated and noteworthy in a young adult’s life.

On Tuesday Oct. 28, I crossed the line between young, can’t-go-to-bars 20-year-old to legal, drinking-age 21-year-old. I’ll be honest – the date kind of snuck up on me. Constantly busy between work and a senior credit load, I knew it was coming, but I wasn’t nearly as focused on it as I was a few months ago, or really throughout my whole life.

What’s funny is that 21 really shouldn’t be that big of a deal. Yet, this is a landmark that has been engrained in us since we were children.

I could go back as far as little six-year-old Keegan. I’m sitting at the kid’s table, eyeing the fancy and foreign glasses filled with champagne or an expensive Riesling. At the time, of course, I didn’t quite know what I was looking at, but what I did know is that it was forbidden for me to consume.

Jump forward to about eight years old. After my first communion at church, I remember washing down the symbolic stale cracker with a bitter, purple liquid. By then, I had understood that alcohol was not for children, but I asked by parents why, in this context, I was able to have a sip of this taboo elixir, when in any other scenario, it was forbidden.

That’s when I first started to realize what the age 21 really meant.

By around 13, I started to map out the landmark ages of adolescence in my head.

“Alright, so I’m 13 now. Goodbye preteen years. By 15, I’ll be able to drive with a licensed driver, and at 16 I’ll have complete control of my transportation. Once I’m 17, I’ll be able to see R-rated movies, and 18 means I can buy cigarettes and cast my vote. Twenty-one, well, that’s a ways off, but it’s kind of the end-game, right?”

Then come the actual teen years, when I started to feel just close enough to the adult age that I felt prepared to dabble with this forbidden fruit, as many teens do.

I remember my first “real party” when I was 14 years old. One of my acquaintances in high school was turning 18, and I ended up getting invited to her party. She had one of those moms that was lenient on the laws of alcohol, so long as all of the underage kids either stayed over or had reliable transportation home.

At first, I felt nervous about the situation. Something didn’t seem right about so many young adults drinking beer, getting intoxicated and passing out on the floor. I even called my mom and asked her to pick me up before I decided that it would be good to be exposed to this new experience.

I saw that it became almost like a contest, with 16, 17 and 18-year-olds hastily matching each other’s shots of hard liquor. The empty cans and bottles lined up, and I saw my peers becoming more and more like substance-filled zombies.

It was a weird moment. This was one of my first realizations of blatant law-breaking regarding alcohol consumption. Sure, I knew it happened, but these were my friends, and many of the party attendees were not even close to the legal drinking age.

It was also one of the first times I understood the culture surrounding alcohol consumption. There was the whole mentality of “must drink the most,” the people who just always needed to pour one more drink. Then, there was the utter disregard for responsibility in order to absolutely obliterate your state of consciousness.

Also, there’s the social aspect. While I had met some of the people at this high school, booze-infused party in passing, I didn’t know anyone very well going in. As the night progressed, people became exponentially more friendly to me, and to each other. It got louder at louder, with laughing, impassioned, but friendly, arguing and a general sense of community.

Alcohol seemed more like a calming drink for the end of the day, not this strange, magic potion that not only altered one’s mind, but had entire routines and algorithms surrounding it. Obviously, that party hasn’t been my only exposure to this bizarre alcohol culture.

Over my teen years, more and more alcoholic experiences appeared – sneaking into a parent’s liquor cabinet, a New Year’s Eve without the parents, using an older sibling of a friend to buy liquor, prom. More and more, I, like many teens, was able to observe the culture surrounding alcohol.

Obviously, college is the cherry on top of the journey to 21. You start attending right when you are getting close to the age, coinciding with the sharp rise in alcohol-related endeavors. Alcohol is an almost essential part of the college experience. It’s at every house party. In Fort Collins, the bar scene is insane. Not to mention the recently offered fermentation science and technology major at CSU. Alcohol is everywhere. I came into CSU thinking that college wouldn’t be like a ridiculous comedy train wreck like “Animal House,” or my father’s occasional moments of college reminiscence.

I’ve probably learned more about alcohol in college than I have my entire life prior. As I’ve seen it, college becomes a free for all. The conversation is a back and forth of “Thirsty Thursday” or “Who has pitch?”

It’s expected for adults in their early 20s to drink to reckless abandon. We have to get it out of the way now so we can pull it together later. As comedienne Amy Schumer puts it, “In your 20s, if you black out from drinking, you’re fun. You’re a fun girl, right? In your 30s, you’re ‘not invited girl.'”

I’ve seen people pass out and unable to wake up, party-goers hospitalized for alcohol poisoning, incessant beer-pong games, crazy ragers and alcohol infused riot behavior. It’s clear, right before your 21st year of life, that you are exposed to some serious knowledge about alcohol.

So it makes sense that those last several, angst-filled years are the toughest to get through. Sure, you can drink at a house party. However, once your friends begin making that leap past 21 and you haven’t, it’s like you are being excluded from an high caliber club. When my birthday was just three months, or two, or a couple weeks away, it was always a pain to call friends on a Saturday, only to be dismissed with, “I’m going to the bars. Sorry.”

In some backward way, it was nice that my birthday landed right after the busy midterm season. The weeks preceding flew by, and before I knew it, I was going out with a friend at midnight on Oct. 28.

I entered the bar and immediately felt like I was doing something wrong. I can’t describe how surreal it felt. The bouncer cleared me, gave me a happy birthday wish and I was in the 21-and-up club.

The next day, the real fun began: I followed in the footsteps of many on their 21st and went bar hopping around downtown Fort Collins. At each bar, I was given a friendly happy birthday wish by the bartender, who proceeded to pour me a free shot. As my friends hollered at strangers about my birthday, I was congratulated on making it to this noteworthy age.

I went to seven bars (I think) in four hours, finally getting to see the insides of these businesses I had always glimpsed at from the outside. I was sitting on the swings at the Drunken Monkey I’d heard so much about. I got to sip on a delicious, alcohol-filled beverage from Luscious Nectars, and I played a terrible game of pool at the Trailhead.

So, here I stand, a member of the exclusive 21-and-up club. While, up until this point, I’ve learned a lot about this intoxicating elixir and the culture surrounding it, I realize that I’ll likely learn once more as I dabble in the legality of my alcohol consumption.

If you have yet to reach the legal drinking age, know that everyone has been in your shoes, playing the anxiety-ridden waiting game. If you are already a member of the club, I’ll catch you at the bars.