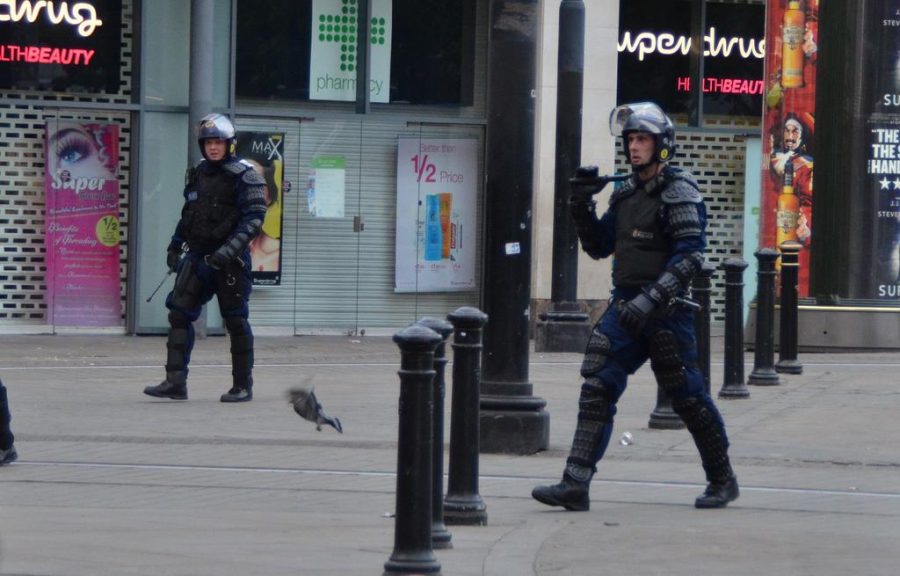 While party goers at last weekend’s riot threw beer bottles and uprooted street signs, police were filming. Police have confirmed that some of the officers at the riot were wearing body cameras, capturing footage that could lead to potential felonies for those involved.

The idea that there is anonymity in numbers doesn’t hold up anymore, nor should it. As the Collegian stated earlier this week, we have had ‘enough.’ Riots have become a staple within CSU party culture and it has gone too far.

In using body cameras to arrest suspects, the police are using the technology to its fullest potential. These cameras are a double-edged sword meant to keep both police and civilians accountable for their actions.

The party goers who decided to participate in the riot could face legal repercussions as far as potential felony charges. The consequences are worsened for students charged for inciting a riot, who could face a year suspension from the University in accordance with state law.

The tomfoolery associated with rioting is no longer a fun story to repeat to friends during a post-party hangover session. Instead it is on tape and potentially incriminating. So for the next out-of-hand party that happens just know your actions may be recorded. Party smartly, Rams.