We are afforded the freedom to fail 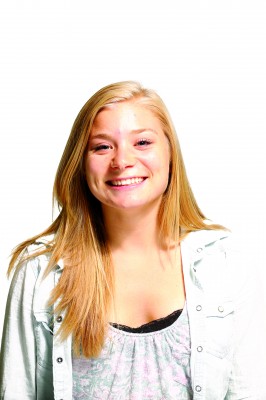 The warm weather is taunting us; finals are upon us; the end of the year is basically here. And, at least for me, some combination of these things makes me sit back, reflect and consider this year in retrospect. In doing so, I’ve come to the realization that I learned one very important thing this year, something that has been a huge change of perspective and has significantly impacted the way that I go about my daily life.

We’re all here at Colorado State University to get an education. But, equally, if not more important, are the personal, professional and life experiences that we have during our early twenties. Many of us are lucky enough to have a well-developed support system; our point people, the ones who will always be there no matter what. We have resources available to us that catch us when we inevitably fall and to remind us of our respective paths when we may have lost our way. And, at the end of the day, these resources provide an experience that is altogether unique, and will become infinitely farther and fewer between as soon as we turn the tassels and receive our diplomas. We are afforded the freedom to fail.

Over the course of this year, I’m sure we’re all together in having had quite a few trying situations, some of which we may even have failed to surmount. But, more than likely, these failures didn’t mark the end of the road for many of us. Failing a test doesn’t mean you won’t be able to achieve your goals; not performing as well as you had hoped in an athletic event doesn’t make you any less of a person; even failing to come through for someone who needed you is a recoverable offense. And, in this sense, any failure — no matter how big or small — can’t really be considered as such, so long as you learn from the experience itself.

We spend so much of our time caught up in the arbitrary and ambiguous quest to draw a line between success and failure, desperately trying to maintain our momentum far away from the latter. But, perhaps in our penchant for risk-aversion, we miss out on a lot of really important and formative experiences. And, while some of these will inevitably end in failure, the only real failure to be found is if you are unable to discover the how and why of the situation. Being able to sit back and come to the realization that a seemingly life-ruining situation isn’t, in fact, going to ruin your life is an extremely valuable tool.

As we head into finals, try to remember that it isn’t about the final grade that you end up with, but rather the learning processes that led you there. While we remain in college, we have the unique opportunity to fail a few times, in a myriad of different ways with the knowledge that everything is going to work out, regardless of how scary is all seems right now. Let’s finish out this year strong, and as stress free as possible, knowing that so long as we take advantage of the opportunity to participate in our education and learn from our mistakes, nothing can really be considered a failure.

Geneva Mueller wants everyone to think twice about failure, and that it’s not the end of the road. Feedback can be sent to letters@collegian.com.

We all have resources for when we don’t quite hit the mark, and that affords us the freedom to fail.

Failure has not defined the end of the road for us; it’s just marked a new beginning.

Finish out this year strong, and don’t stress out too much.