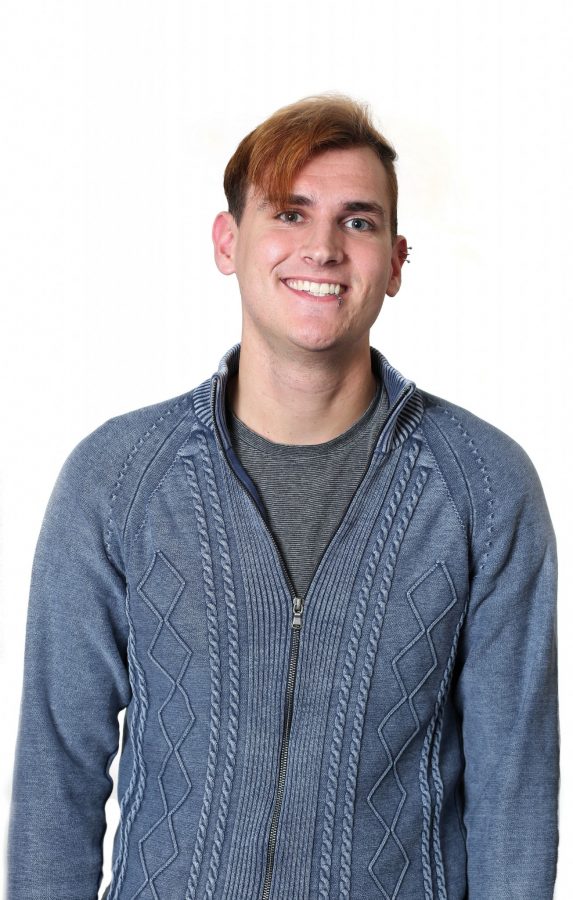 Michael Sam is a college All-American vying for a high salary in this year’s NFL draft. He will become the first openly gay player to be active in the league’s 94 year history. Sam and self-triumph seem to be synonymous. He survived a particularly horrifying childhood – “telling the world I’m gay is nothing compared to that”, he told ESPN. That doesn’t negate his status in the NFL as uncharted territory. How Sam will fare in a hyper-masculine league is still uncertain.

It’s hopeful to see a large portion of the nation embracing Michael Sam. Conversely, it brings light to a form of bullying we shouldn’t still be tolerating: locker room culture. It uses degrading means like verbal harassment and hazing to measure one’s manliness, bravery and sacrifice to brotherhood. Professional athletes are parrots trained to the phrase, “I’m just focused on winning. That’s all that matters”. It is a phenomenon fueled by competition that goes beyond locker rooms and into public schools.

We greedily pass off bullying in public schools with, “kids can be so mean” or the one word and eye roll combination, “teenagers” and “hormones”. This area of development has social psychologists and parents rubbing their temples. When we look at social cliques, jock and nerd stereotypes, and economic privilege it’s clear that an unhealthy sense of competition plays into problems facing public schools. Sports is where a large male population gets that from.

A 144 page “Report to the National Football League Concerning Issues of Workplace Conduct at the Miami Dolphins” released on February 14, 2014 highlights the harassment that led to Jonathin Martin’s hospitalization. The report indicates verbal harassment galaxies beyond my comprehension. I don’t censor myself to vulgar language – and this is one of the worst things I’ve ever read.

Richard Incognito, the key aggressor, sincerely believes that this his behavior was acceptable and the norm of football culture. That’s the frightening part. The report indicates that Martin’s unwillingness to challenge Incognito and other teammates led to his victimization. Previous to the scandal, analysts questioned if Martin’s “niceness” and “sensitivity” would get in the way of success.

It would be ridiculous to say that my own experiences are comparable to Sam’s or Martin’s. However, I can empathize with being victimized on the football field and basketball court – escalating to death threats. At that point in my life, sports was the rug of my self-identity – violently ripped out from under me. I didn’t have to deal with race or poverty issues like Martin and Sam, especially. It did leave a scarring impression on my social worth for a long time.

It’s no secret that society privileges athletes. How many years was it before Michael Vick was reinstated? In 2000, Ray Lewis negotiated a plea in his involvement with a murder while partying in Atlanta after a Super Bowl victory. Thirteen years later he was partying again. Sports teaches us that the more talented you are, the more privileged you’ll be. It’s as much a factor in domains of our life we deal with on an everyday basis.

Students are little more than a standardized test score and graduation rate when it comes to funding for public high schools. The college admissions process is one of the most competitive thing that everyone on this campus has been through. Economically, capitalism favors the fiercest businesses. In the food production industry, the corporations have become more powerful than the entities regulating their health measures and environmental impact. Think of the subliminal influence that Nike has on our everyday lives.

I’m not saying that competition is evil. It can be a great motivator. Our culture has a tendency to take competition to unhealthy levels. Teaching kids that success is solely correlated to our ability to out-compete others does not make for a healthy community. I think it’s time we took a hard look at where we truly are with locker room culture and its negative influence on gender identities.

Jake Schwebach is an avid sports fan, petrified of locker room culture. Feedback can be sent to letters@collegian.com.

Our locker room culture is seeping out and finding it’s way glaringly outside the locker room.

Bullying is a nationwide issue that plagues public schools, and a lot of that may be seeded in sports.

How we measure success needs to change if we have any hope of changing this culture.