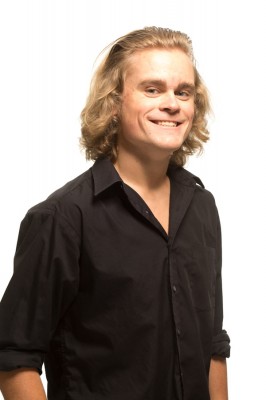 I’ve been noticing a rather peculiar trend lately. As we have been seeing in the media and in our everyday lives, we have been making huge strides towards total equality in recent history, especially in this last decade or so. I know several adults who never thought they would see gay marriage recognized in so many states, or have a black man elected. It’s amazing, really, how far we’ve come as a society in so short a time. However, as we may all be less enthusiastic to admit, patriarchy is still alive and well in America. While it’s more obvious in some industries (like professional sports), it is much more subtle in other areas, and just as ingrained. Here’s where the trend I mentioned comes in. I’ve noticed that there is a stigma surrounding confident women.

Call it “feminism’s last frontier,” if you will, or “patriarchy’s last stand,” but women today are not being raised (for the most part) to be confident, assertive people.  It’s not as distinct as the discrimination in advertising, but it hits much closer to home and is, in my opinion, more damaging. Although our generation is starting to push patriarchy up against the wall, it still has a very strong hold in this area, and it rears its head in many ugly ways.

Take the dating realm, for instance. I have a friend that I’ll call Nancy for privacy’s sake. Nancy and I talk sometimes about dating, and she expresses frequently how she feels “cursed.” She dates regularly, but rarely maintains any relationships. This surprises me because Nancy is a very pretty girl and talented at what she does. It seems to me that any guy would be raring to date her, and while this case wouldn’t last a minute in court, I do believe the X-factor here is her confidence in herself. There are many other examples of this.

Take the recent “Ban Bossy” campaign. While it is ludicrous to try to “ban” a word, Sheryl Sandberg does bring awareness to an important point. Even as children, girls who are assertive and confident in themselves tend to receive backlash for it. While there are certainly bossy people out there, the term is definitely tossed around more with girls. Note that little boys were not even mentioned in the campaign (though we tend to have more “colorful”descriptors for people we dislike). When I was raised, I was told by my parents that confidence is the most attractive quality you can have. I doubt that girls received the same message.

It’s especially evident in high school and here on campus. Girls who were confident in themselves and assertive tended to intimidate my peers and me, or they would be branded as “b*tches”. I cannot tell you how common the latter is now as a Ram; apparently if a girl isn’t into you or has (gasp) standards, she’s a b*tch. Additionally, when you couple that confidence with natural talent in area, it can lead to very real and potentially damaging stigmas. When I performed in choir in my junior year, the dynamics of the group were very much split between boys and girls, even as teenagers. There were some very talented vocalists in there who would intimidate the guys, and then receive backlash from the rest of the girls out of jealousy. I’m not going to pretend to understand female dynamics, but from my perception, confident girls receive just as much of a stigma from their own gender.

So why is this so? Why are girls who should otherwise be successful, popular people ostracized for their confidence and/or talent? While this generation has brought to light many harmful aspects of the patriarchy, we were still raised in its system, and I believe we are still influenced by it. Boys and girls alike were raised to believe that it is men that are supposed to be the confident, go-getter people in this society, and the way both men and women react to confident women shows that they are uncomfortable with assertiveness by that gender.

This is one of the last frontiers for our notoriously progressive generation to traverse. Changing perceptions is perhaps the hardest change to make, but we need to move on from this arcane view to truly advance as a society. Ultimately, confidence will greatly contribute to young womens’ success in their adult lives, but they shouldn’t have to be victims to ancient, unnecessary social stigma until they get there.

Sean Kennedy is an undeclared freshman who hopes people can relate to this. Love and hate can be sent to letters@collegian.com.

There appears to be a stigma surrounding confident women

Keep it up, ladies, that confidence will only go to benefit you in the future