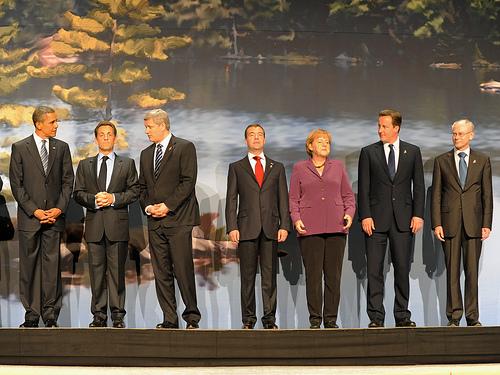 Russia is now officially being suspended from the G8, which is meant to be a response to their annexation of Crimea. The leading industrialized nations are finally taking a stand and making it known to the general public that they do not condone Russia’s behavior, and the suspension from the G8 is the only response to give that would not unnecessarily escalate relations between Russia and the US.

Considering Russia is on the UN Security Council and is a major nuclear force, this is the attempt among major world leaders to serve justice while maintaining peace. It is understood that Russia has not handled the Crimea situation well, but none of the other major world leaders intervened. No one up until this point has taken a stand, so it is refreshing to see displeasure finally put up on the table.

While this move is largely symbolic and probably will not have any lasting impacts, Russia needs to know that their behavior is not condoned and will not be tolerated any further. Russia’s Prime Minister and President may see this as nothing more than a slap on the wrist, and since the G8 is an informal organization and really cannot discontinue anyone’s membership, it can be hard to serve justice without taking military or economic action. But this is a move in the right direction, and hopefully Russia will see the error of their ways through this suspension.