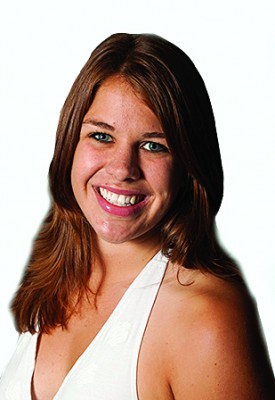 A couple weeks ago, the COO of Facebook, Sheryl Sandberg, began her campaign to ban the word “bossy.” According to her line of reasoning, there is a distinct double standard that women are faced with – we are now in the time where is it almost necessary to have two incomes in a household, and yet a woman doesn’t want to get too far ahead in her work life because it is still expected for her to put family first.

But for the women that find a way to make it work – the women that comprise the very small percentage that make up the higher management positions in large companies – they are deemed “bossy,” or even worse, facing insinuations that they must have slept their way to the top.

The most recent research states that Americans still prefer to work for a male, although four in 10 stated that they have no preference. Why this is the case has yet to be determined, but it very well could be that Americans expect men to climb the hierarchical ladder at work, while still expecting a woman’s priorities to be in the home.

So the women that have made headway in their career, they are deemed bossy or domineering whereas men in their same position are deemed assertive or hard-working.

There is injustice in this, anyone can see that, but banning the word bossy isn’t going to help in the ways that Ms. Sandberg would hope. Until we, as a society, start expecting men to want to be fathers as much as women want to be mothers, the injustice will remain.

For all the progress that women in the workforce have made, our view of how the home should be run is archaic. In the same week that Sandberg came out with her campaign, Susan Patton, the so-called “Princeton Mom” wrote a letter that ran in The Daily Princetonian about why women need to focus on getting married early, because if you wait until your 30’s, when you’re on-track with your career, you will be competing with women that are “dewy-eyed,” “fresh” and “adorable.” Because apparently thirty-something women can be none of these things.

While the letter is widely condemned, it just goes to show that women are the harshest critics of other women. We all have varying priorities, and if mine don’t align with another’s, expect harsh criticism to result. When it comes to management positions, I don’t think it’s men that we’re competing with after all, but the concept of family that birthed in the ‘50’s and continues to haunt modern women.

I would love to say that women should focus on both; that having a family and having a successful career is not only possible, but attainable. Unfortunately, I don’t think that’s the case, because at the end of the day a lot of men are still skittish of successful women.

This is certainly not the case of all men, but upon asking around I found that a lot of my male counterparts would feel “emasculated” if their significant other was the primary breadwinner, and not themselves. Biologically men have been encouraged to search for mates that are fertile and capable of caring for a family, and I don’t think that men search for much outside of that base instinct.

While many men say they find it attractive for a woman to have high career aspirations, putting that into practice is rarely encouraged. And why? Because it’s one thing for women to be assertive – bossy, even – at work, but in the home it’s an entirely different story. Men are still expected to be the head of household and “wear the pants” in a relationship, because we have yet to shed the archaic 1950’s concept of family structure.

Until we do, women are destined to have to decide between a family and a career. And I have a feeling that a family will win the majority of the time, whether we ban the word bossy or not.

Brittany Jordan is the Opinion Editor at the Collegian who does not mind being called bossy. Responses can be sent to letters@collegian.com.

Banning the word “bossy” won’t change that; the double standard with continue regardless of terminology

We have to shed the ’50’s concept of family structure before progress is made.