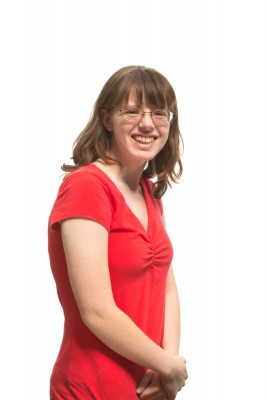 Recently, after a well-publicized petition which started a few years ago, Facebook has taken a big step forward in civil rights by giving users the option to list their gender on their profile as male, female or custom. This is necessary because we as a society are finally starting to understand that human sexuality and gender are as much social and mental concepts as they are physical, and more fluid and changeable than binary or categorized.

There is obviously the growing number of people who (openly) identify as transgender to consider, but there are also those who are, for example, intersex or androgyne, those who consider themselves to be both genders at the same time, or those whose gender regularly switches from day to day, where they identify as female one day and male the next. Under the “Custom” option, people can choose from 56 different terms the one that suits them best and then click a box indicating which pronoun they would like to be used to refer to them in the third person, whether that’s “he,” “she,” or “them.”

This stand from Facebook combined with the nation of Germany actually offering a third option for gender on its birth certificates shows that we as a society are becoming more tolerant, accepting, and open-minded, eager and ready to embrace the differences of others. The war for this latest expansion of civil rights has yet to be won, but more and more battles are turning in favor of the oppressed, whether they are actually bullied with shouted slurs and fists, or whether they are just met with confusion and a curt, though still hurtful, dismissal as “weird.”

People automatically want to label and categorize others, and when that becomes hard to do or the categories get upset by outliers or surprises, they can turn angry, and try to force someone into a slot that doesn’t fit them based on a single characteristic. People are not defined by their gender or race or ethnicity or religion, though those do inform the way they act and think, but their identities, their selves, are vague and nebulous things, based on concepts we cannot grasp or see, such as honesty, experience, trust or love. We are more than an accident of DNA, and there are parts of us that will never be understood or scientifically categorized, but are nonetheless there. We are tabula rasa (Latin for blank slate) to an extent when we are born, as we know little of the world, but we have innate personality traits already encoded within us, and gender identity seems to be one of them, regardless of what others say.

People are messy, People are inconvenient. People are not fixed. We are unpredictable, and we need to find more and more ways to describe how vastly different the human experience is. We need new concepts like “two-spirit” or “androgyne” to make sure that we are inclusive, all-encompassing and thorough. As an aspiring writer, I want to be able to capture every emotion, every nuance, every behavior that has been exhibited by any person who has ever existed and replicate it on the page with characters of paper and ink. I want to be able to understand different perspectives and write them so convincingly that the audience won’t see any favoritism towards my ideology and dismissals of ideas I disagree with. My job as a writer is to make my characters real, and reality is not clear-cut or easily defined, but prone to sudden changes and upsets, some that blindside us. The idea that a person, real or fictional, has to be either one of two genders is absurd, and when minorities are left out, either because of the author’s ignorance or by deliberate choice, their parts of the human experience are lost and cannot be captured by that writer’s pen.

This is a gigantic step forward on Facebook’s part, and in a few decades or so it will be routine, an accepted fact of life much like a female scientist or an African-American CEO is today. The idea of more than two genders will be part of the establishment, and it is actions like this that lead to more open, more tolerant futures for our descendants. Language will adjust, people will grow up with it and accept it as normal, and the main issue of civil rights will involve something else. That is the ultimate goal of equality: to accept differences as normal and a fact of life.

Allison Chase is a junior creative writing major who is quite comfortable as a cisgender woman. Letters, feedback, and the inevitable hate mail can be sent to letters@collegian.com.