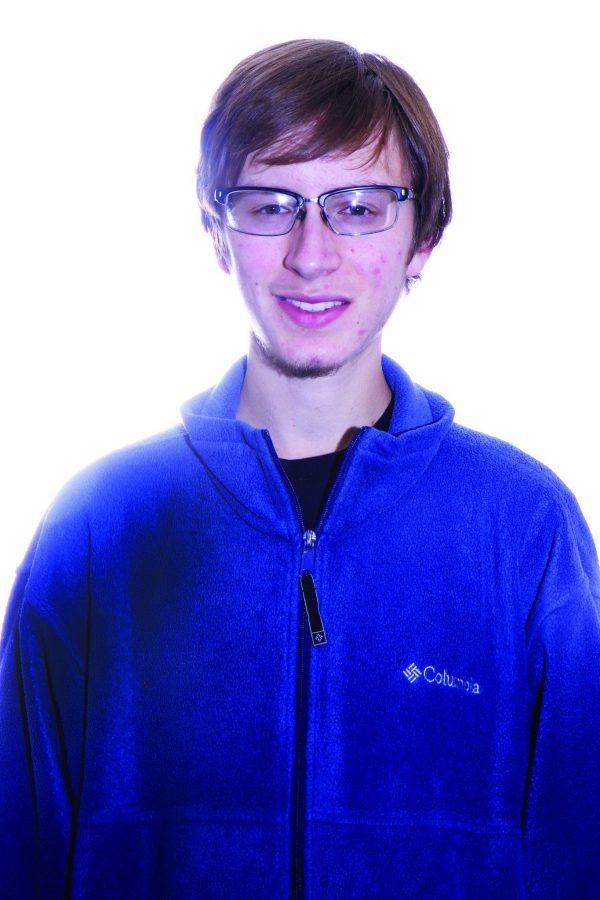 *CORRECTION: The original column stated that the Environmental Protection Agency as the government entity that enforces the Endangered Species List. This is incorrect. The agency that enforces that law is the U.S. Fish and Wildlife Service. The Collegian regrets its error.*

Wolf. Even in our modern world, behind our thick walls and inside our cities, that word still strikes at something.

A primal fear of predators, inflated and stretched through myth and story until wolves have become transformed into vicious killers, a menace that must be beat back from humanity’s gates. This attitude may seem outdated and silly, but it still colors our interactions with the animals today. In particular several Western states have taken it upon themselves to return the wolf to the brink of extinction, and the federal government has been complacent in allowing them to do so. The wolf is a valuable and irreplaceable creature that cannot be allowed to perish because of old fears.

This fear of wolves once drove them to extinction in the contiguous United States. In the 1990’s, however, wolves were reintroduced into several places including our neighbors the Rocky Mountains. With heavy federal protection they have made a respectable comeback, with their numbers going from virtually zero to over 6,000.

The return of the wolf did not come without considerable backlash from ranchers worried about livestock losses, from hunters unwilling to compete for elk and deer and generally from anyone who buys into the old idea of the wolf as the ravaging beast. It is because of this persistent anti-wolf attitude in the west that I am concerned about the federal government’s actions toward removing gray wolves from the Endangered Species List.

The U.S. Fish and Wildlife Service has already removed protections in some states, and what has been allowed to happen in those states shows that hatred of wolves is still around and threatens their continued recovery.

In Idaho, Montana and Wyoming, the EPA made the shortsighted judgment that since wolves had decent sized populations they no longer needed protections, and in those states wolves’ endangered status was revoked. The EPA took into account the numbers of wolves, but they seem to have left people out of the equation. All three states implemented hunting quotas allowing for dozens of wolves to be shot just for the sake of human amusement each year.

Wyoming’s actions are particularly bad: in 85 percent of the state’s’ land area wolves are now considered vermin that can be shot at will. Wolves may have made a short-term recovery, but we can see what happens when the federal government no longer stands in the way.

Since June of this year, the USFWS has been trying to take wolves off of the Endangered Species List entirely. There is little reason to believe that the rest of the nation will act any more responsibly than Wyoming, which threatens to undo all the gains that wolves have made in recent decades.

Why should we care about this? Aren’t wolves vicious, inhumane killers, devouring our sheep and stealing our elk kills? That’s what much of the popular perception seems to suggest. In fact, the opposite is true. Wolves and other large predators play an essential role in food webs.

They are nature’s bookkeepers, keeping elk and coyotes from getting out of control. There is really no reason why wolves and humans cannot live side by side. For example, after wolf reintroductions, sheep losses actually fell because wolves ate the coyotes that were the true culprits. In places such as Yellowstone National Park, wolves have successfully managed elk populations that were consuming local plants such as willows at an unsustainable rate. That in no way means that there are fewer elk for hunters; wolves tend to only take down the sickest and most feeble elk which improves herd’s collective health. Wolves provide countless benefits that we cannot afford to lose just because of our fear.

The fate of wolves in the West is in the hands of the USFWS. Too many people still hate wolves and would see them dead if given the chance for these animals to make a recovery without federal protection. I would therefore have the USFWS follow the sensible and scientific path, and consider the dangers the wolves still face. This plan to completely delist wolves must end and protections must be reinstated in places where they have already been revoked, if we want the wolf to have a future in the contiguous United States.

Wolves may be dangerous. They may be frightening. But I personally do not want a world where all knives are blunted and all roads are paved. A touch of the unknown, a touch of the inhuman.

That’s really what the west is all about for me.

Aaron Kolb is a freshman environmental engineering major. Letters and feedback can be sent to letters@collegian.com.

Gray Wolf Decision Could Have Big Ramifications In Colorado