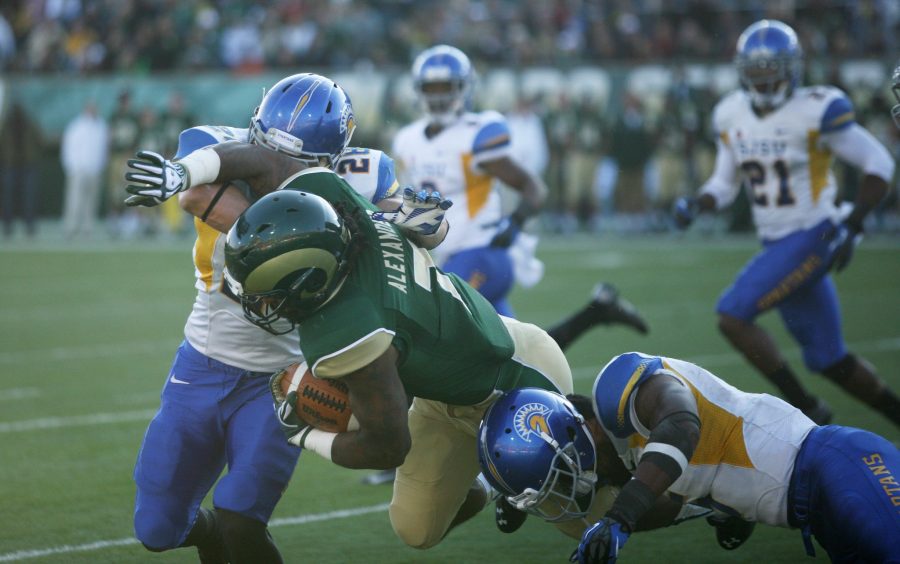 I was just a humble freshman back in 2008 when the Rams went to the New Mexico bowl alongside first year head coach Steve Fairchild. I decided not to attend the game for a couple of reasons. I had to work, I didn’t have a car, and most of all I was sure the Rams would be back in a bowl game the next year. And then something terrible happened: they didn’t go to a bowl game the next year, or the next four years, for that matter. There were a myriad of reasons for this, an unimaginative coaching staff who couldn’t inspire a starving man to eat a 22 ounce rib-eye, a four star quarterback who never lived up to his billing and did I mention how bad the coaching staff was?

But this is different. I have no doubt that Jim McElwain will get this team turned around and usher this university into a new age of success not seen since Sonny Lubick. In fact, he already has.

And now it’s up to us, the fans, to support them.

Listen, I understand not attending home games this year. We have had minimal, and I mean minimal, success when it comes to the gridiron throughout our history.  Some people may have even found it morally wrong to watch a pathetic team for three and a half hours every Saturday when they could be doing exponentially more important things…like washing their hair or taking out the trash. I get it, but this is different.

This “Bold New Era” I keep hearing about is happening now. We are about to have a beautiful new stadium built (one complete with a party deck if we’re lucky) and a respectable team to fill it. Next year this team should compete for the Mountain West championship, so now it’s on the students to do their part.

Show up to the New Mexico bowl, support, go crazy, it’s Albuquerque after all and their motto is “What happens here…no one really knows what happens here, so do whatever you want.” Throw the best tailgate of your life and prove that we have a fan base worthy of a great team. Just go.

No  excuses. If you have work, either get someone to cover or just quit (trust me none of your future employers will call your “supervisor” at Raising Canes to see if you were a good employee).  Need a ride, grab a pledge to sober drive, or whatever you non-Greeks use to travel (I’m assuming a long board) and go support the Rams.  You never know when you will have this chance again.

This team deserves it, this university deserves it and all of us long suffering fans deserve it. We deserve a consistently good team, we deserve a “Bold New Era;” let’s show everyone why on Dec. 21 in Albuquerque.