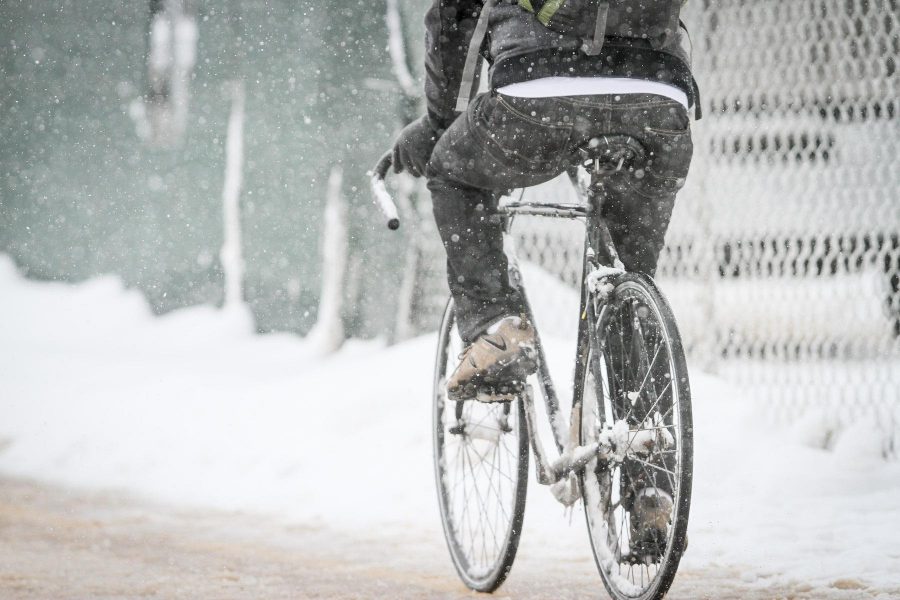 Students flee campus after Colorado State closes at noon on April 17, 2013 as a result of heavy snow accumulation and a forecast for more. (Photos by Hunter Thompson)

Okay, so we aren’t going to get a snow day even when temperatures fall past zero degrees. That’s cool, we understand, no really we do.

On the other hand, we would like it if you met us halfway CSU.

On days where it is really, unbearably cold there are a number of things that prevent us from coming into school. Ignitions in cars freezing is a pretty common occurrence, and that forces us to pursue other means of transportation. However, bikes and the bus aren’t good options. Even if one is willing to bike to class in the cold (which they are, by the way), it would be great if the snow plows could not push snow into the bike lanes.

As part of a really bike friendly city, Fort Collins has bike lanes everywhere to keep cars off of the streets where it’s exponentially more likely to struck and killed. When bike lanes are closed due to snow blocking it, that either forces bikes into the streets or onto the sidewalks where they could potentially slide into pedestrians.

If that snow could be, say, plowed past the sidewalks (if that’s feasible), it would be great.

Buses aren’t a good option either because they run really late when it’s cold and snowy out. We know that the bus drivers are doing their best, but sometimes it’s not enough. If the school could do something to help out the streets immediately around CSU, if not do more on campus itself, that would go a long way to making things slightly more safe.