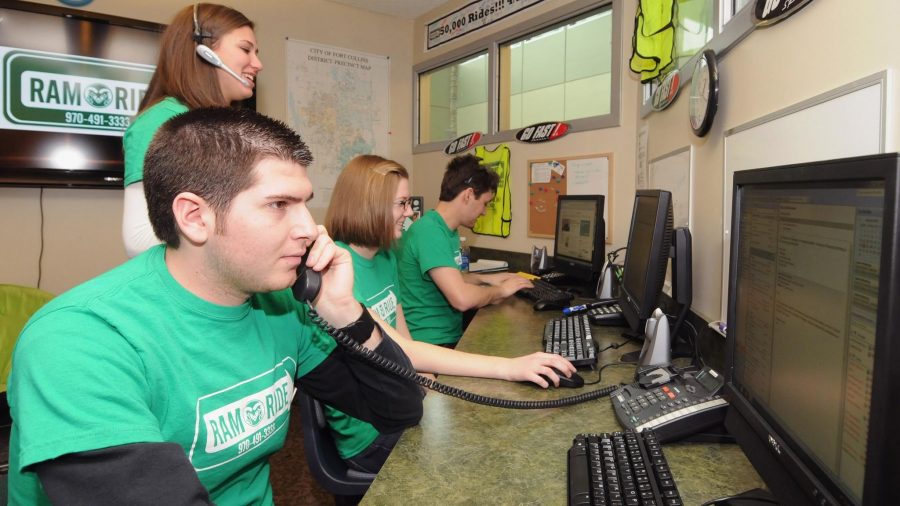 Eric Berlinberg and the RamRide Staff train on the programs dispatch system on Jan. 19, 2010 at the offices in the Lory Student Center. RamRide might be welcoming a full time staff member as suggested by ASCSU soon.

RamRide is one of the most visible programs instituted by the Associated Students of Colorado State University.

The idea of RamRide is a sound one, given that hordes of us descend on the local bar scene to do our best to keep the microbreweries alive and thriving. It always helps to have a free ride home when we can’t otherwise drive home.

Due to the aforementioned hordes, however, RamRide is generally overtaxed. Phone lines are jammed with people calling for rides, and those rides are oftentimes a long wait away as RamRide drivers ferry dozens of drunken partygoers home.

However, they’re looking to try and solve that problem with a new app that will be released soon. The proposed app will allow you to request a ride via your smartphone, and can also tap into GPS data from that phone which cuts out the need to remember where you are when you are when you’re drunk. It’s also going to be free, which is definitely a plus.

This combination, RamRide believes, will help cut down on long waits and relieve some of the stress on overworked dispatchers. We think that this is a great idea, and that it is definitely something that the student body should get behind.