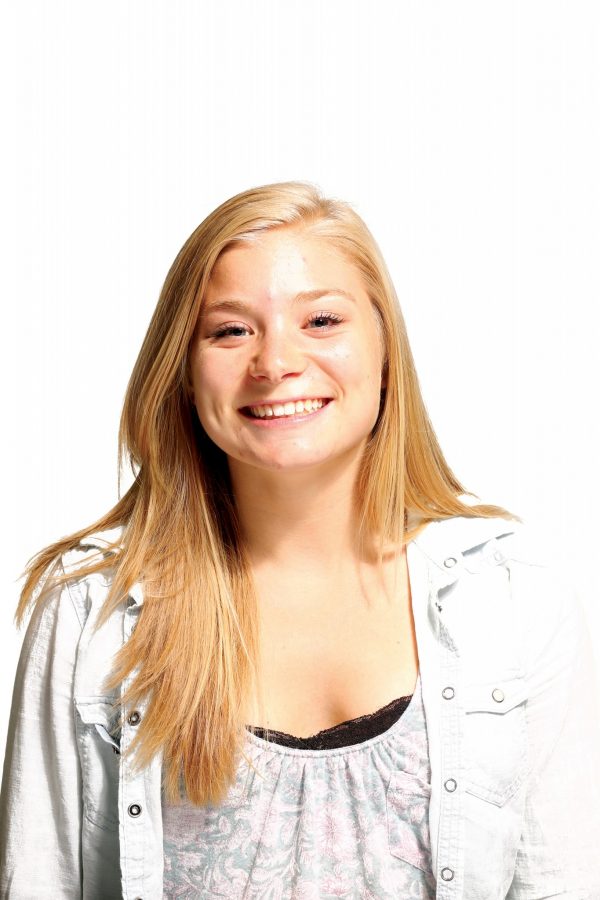 She had been waiting for that next paycheck since the last one hit the bank account. That money is pretty well spent already. But regardless of that fact, she walks into the store, a rush of cold, consumptive air hitting her lungs.

She goes for the necessities first, purchasing a perfectly balanced diet brimming with hydrogenated oil and high fructose corn syrup. She has almost reached the isolated safe haven of the self check-out when she remembers that she polished off her fair trade coffee that morning. She had to drink an extra cup in the effort to drown out the stress headache and to keep up with the ever-intensifying push to tomorrow.

She proceeds to the check-out when a call comes in on her iPhone. It’s her boss calling to remind her that their meeting got moved up an hour and that she would need to be coming in about an hour early the following day in order to compensate. Her heartbeat skips a few steps in order to syncopate with the oddly habitual beeping of the register.

She finishes her adventure at the supermarket and manages to locate her car in the sea of metal and monotony of the parking lot — a scene so familiar. On her drive home, the latest hit comes on the radio. Some washed-up pop princess singing about her recent breakup which is somehow metaphorically related to becoming sexually involved with large metal objects.

She pushes the button and her garage door opens automatically, welcoming her into the vast conglomeration of wood, metal, sheetrock and foregone liquidity that she refers to as “home.” She exits the car and her Snickers wrapper is caught in a gust of wind. She stops only for a moment to notice the gentle oscillations of the wrapper as it get carried out into the universe.

In five minutes flat, she has managed to unload the physical manifestation of her last two weeks of hard work (in the form of groceries) into her kitchen. With another altogether too familiar “ding” her plasticized dinner is ready for consumption. Without much thought as to where this food came from, how they managed to get it into the form of a rectangle or why she thought frozen tofu was a good idea at the time, she begins to eat. As she sits in front of the television subconsciously consuming the information that is being fed to her and finishing her meal, she thinks of all the things that she has to get done the following day.

Not once will she stop to think about the intermediary steps that brought her to where she is now; the implications of her actions; the irony of buying exclusively fair trade coffee, but using an iPhone; the unsustainable nature of her happiness built entirely upon expendable resources.

In this day and age, we are driven by consumption. Whether it’s time, food, information or relationships, we live in a world where the consumer has a lion’s share of the market power. Whether you believe that it’s a matter of politics, economics, human nature: some variable has set a standard for us, the consumers, to have a voice.

Full disclosure: the above fable might be a little hyperbolic. But that doesn’t change the fact that something along these lines happens every day. We are the consumers. We send signals to the markets. Producers are profit-maximizers and they’re going to provide their clients with whatever they are asking for because that’s what is lucrative. And if we continue to send mixed signals saying “Hey, we want ethical coffee but go ahead and rely on indentured workers to produce our innovative technological equipment,” then we are to blame when that is exactly what we get.

We vote with our dollars every single day. And because the entirety of our existence is based upon consumption, I know that it’s hard to think of our actions as being consequential. But in the world that we live in, the integrity of our freedom to make our own decisions is entirely dependent upon us — the consumers — making the consumption decisions that we make seriously.

If we want something other than what we’re being offered, we have to demonstrate that by changing our consumption decisions.

In the time that each of us has spent as a conscientious, decision-making adult, we’ve known nothing other than a capitalist, consumption-driven existence. And there might not even be anything wrong with that. But this system presents us with the opportunity to be mindful, informed individuals. And I think it is our responsibility to take advantage of that. Be thoughtful in the decisions that you make, whatever that may mean for you.

Geneva Mueller is a junior political science and international studies double major. Letters and feedback can be sent to letters@collegian.com