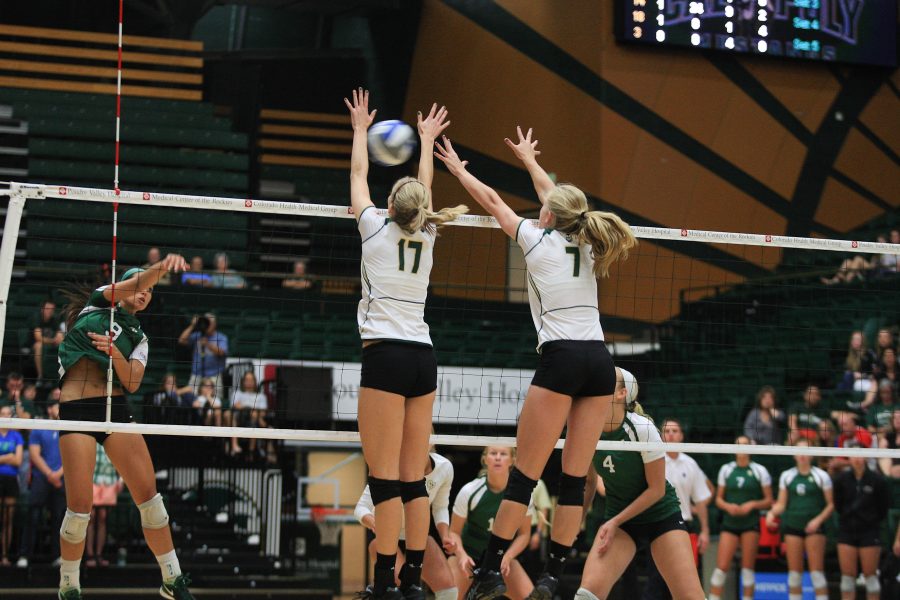 The CSU Rams beat Cal Poly 3-0 this Saturday at Moby Arena. The Rams are starting off the volleyball season with high hopes and promising results.

The Rocky Mountain Showdown could have gone better for Ram fans. A lot better.

With this being the case, we are all going to want to hunker down for what may end up being a long and disappointing football season.

Or, alternatively, we could shift our focus to another team. For instance, a team that is currently ranked 31st in the nation, and can potentially break into the top-25 ranked teams in America.

The CSU Volleyball team had blowout games over the weekend, annihilating both Baylor and Cal Poly. Neither opponent won a single set against CSU. In addition to this, head coach Tom Hilbert is the winningest coach in CSU history; that’s of any CSU coach, ever. Winning games is almost routine for them.

And yet, not a whole lot of people go to volleyball games. We all truck out to Hughes Stadium, or Sports Authority Field to watch the football team lose time and time again, but there aren’t a lot of people who will go to Moby to watch the volleyball team regularly demolish their opponents. Maybe, it’s time for that to change.

Sure, we lost the Rocky Mountain Showdown, but that isn’t the death knell for CSU Sports. We have another team that is doing us proud, and it’s time that we show up en masse to give them a rousing “thank you.”