Let’s fund NASA, shall we? 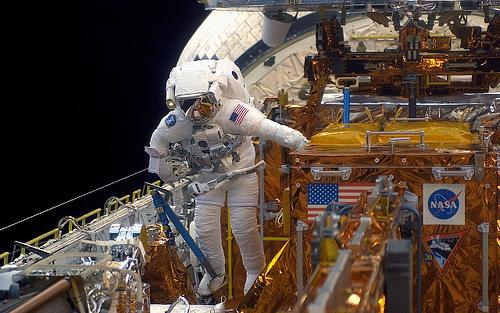 Water filters. Lasers. The camera in your smart phone. Cordless tools. Shoe inserts. What do all of these things have in common?

Apart from being things that you probably use, whether that be occasionally or all the time, each of those items listed above are possible because of the National Aeronautics and Space Administration, NASA. They don’t just send up rockets with people in them to look good in the International Space Station or drop robots onto Mars, believe it or not.

It’s not just cool little gadgets either. NASA is the prime player in going up and fixing our navigation and communication satellites. The reason why global positioning systems exist is because of the satellites that NASA puts into orbit and maintains once they’re up there.

In tough economic times, however, a lot of people are throwing around the idea that NASA’s funding ought to be cut. The launching of large rockets looks impressive, sure, but what is it actually accomplishing? Is it worth the undoubtedly hefty price?

But the government, in all honesty, doesn’t spend that much on NASA, especially when compared to that of other departments (like the Defense Department). The NASA budget for last year, for instance, was about $17 billion. Given that the budget for the entire country comes in at the order of a trillion plus dollars, that’s not that much.

More funding for NASA means more advances for us here on the ground, not to mention the possibility of setting foot on another planet, and that really ought to be something we should fund.