Who’s on your team this year? 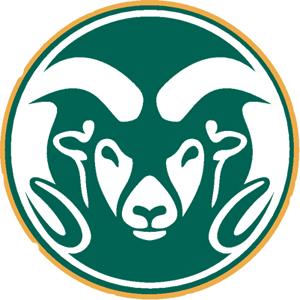 The Collegian’s a different animal this year. You’ll see us in the community more, responding to news faster and providing our campus the information it wants and needs. Oscar Wilde once said the truth is rarely pure and never simple. And if we do our jobs, our newspaper will reflect that.

Let me introduce you to the editorial board devoted to making that happen.

Kate Winkle, Managing Editor: Winkle’s a junior journalism major who has been working for the Collegian since Oct. 2011 — even while she was in Spain last semester. Her first story was about tutoring services offered through The Institute for Learning and Teaching (TILT) at CSU. Now she beez the block. Editor’s note: Please expect more Jay-Z references in the future, and blame my new roommate.

Amanda Zetah, Campus Editor: Amanda’s been at the Collegian for three years, and will be graduating in Spring 2014. Her legacy already includes covering the anniversary of the Sept. 11, 2001 attacks and, on a lighter note, conducting an in-depth interview with our U.S. Rep. Jared Polis before he won reelection. She is a communication studies and journalism double major.

Skyler Leonard, City, State and National Editor: This journalism and English double major is a sophomore, but you wouldn’t be able to tell from his reporting. Skyler’s covered Fort Collins City Council Elections to the controversy surrounding new housing projects popping up across the city.

Kate Simmons, Features Editor: Kate worked her way up the news desk and last year worked as a senior reporter, covering up to five stories a week and being available at the drop of a hat. This junior journalism major can cover breaking news like a champ, as well as stories about the Braiden employee who crocheted hats for everyone in her hall.

Caleb Hendrich, Opinion Editor:  Caleb is perhaps best described as the unsung hero of the newsroom. His desk’s columns are what generate arguably the most campus conversation on a given day, placing him at the white-hot center of the best (and worst) local (and national) discussions concerning CSU.

Quentin Sickafoose, Sports Editor: This senior journalism major likes to think of himself as a devilishly handsome man, but we’ll leave that up to you. Quentin’s covered every Division I sport at CSU, and has done it well. He’s also interning at the Loveland Reporter-Herald this semester, as well as freelancing for Mile High Sports. Interestingly, his favorite sport is chess and he sleeps with ESPN on.

Em Kribs, Entertainment Editor: She’s majoring in Spanish education and has been at the Collegian since Aug. 2011. Kribs has covered everything from the day-to-day operations at a local action stunt school, to the CSU tradition lovingly referred to as “painting the A.”

Austin Simpson, Photo Editor: He’s an English education major, and just about the nicest (and tallest) 6’6’’ Texan you’d ever hope to meet. His job is making the paper readable by including the other half to every story: the visuals. Simpson is a sophomore this year and is already managing an enormous $11,000 photo desk budget to pay the seven photographers that work hard for him every day.

Corinne Winthrop, Design Editor and Copy Chief: Everyone likes to think they’re the reason this paper gets put out Monday through Friday, but Corinne’s actually the only one who can say that. She and her team of designers know visual journalism on a level that you can only reach after years of studying it ruthlessly, and uses that knowledge to consolidate content from six vastly different desks into one print product. Fortunately, they work for the Collegian, which really means they work for you.

Madi Scruggs, Community Editor: This senior communication studies and English double major has been working for the Rocky Mountain Student Media Corp. since freshman year. You might have seen her blogs teaching folks how to dance Gangam Style, and how to enjoy Fort Collins. Madi’s desk is our way of making sure student bloggers have direct access to the Collegian’s print editions.

Hannah Glennon, Digital Media Manager: Glennon is a senior journalism major and the point person for our media company’s digital presence. Ever visited www.collegian.com, liked a Collegian Facebook status, or retweeted one of its links? Hannah’s the one behind the scenes making it happen.

For the record, I’m a senior international studies major running on enough caffeine and sarcasm to keep this year interesting. I’ve been at the Collegian since the first semester of my freshman year, and in that time, have written approximately 275 stories and edited 720.

That’s as much as I’m ever going to talk about Collegian staff in the actual Collegian, because this paper belongs to you. I’m just its steward.

And don’t ever let me forget it.

Editor in Chief Andrew Carrera is a senior international studies major. His column could also be called “Melodramatic ramblings of a kid who thinks he knows what he’s doing,” but that title didn’t fit, so this will have to do. He can be reached at editor@collegian.com.