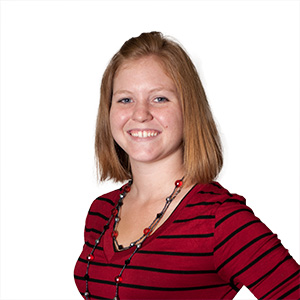 Once upon a time, a little girl lived a happy and fulfilling childhood with her mother, father, brother and sister. That little girl wore white cowboy boots until her feet had blisters, and smiled until her cheeks hurt. She had a dream to grow up and go to college at Colorado State University.

That little girl was me. When I moved to Fort Collins my freshman year, I had dreams, ambitions and excitement for a road ahead, with the comfort of what I could come back to at my family home. I suppose many of us have hopes that when we leave, our parents will preserve our old bedrooms and fill them with nostalgia as we become less attached to living at home.

My parents had another idea in mind. After a year-long process of parenting classes, background checks, home studies, extensive interviews, psychological profiles and piles of documents to sign, they became foster parents.

“I think it is really rewarding. It is a way that we can contribute to the problems facing children today, the counrty, and society,” my mom said. “By becoming a foster parent, I can help, at least the children we touch, by helping break a generational cycle of drug abuse or domestic violence.”

At first, I was skeptical about my parents becoming foster parents.

After a few months of different teens coming and going through the foster system and my parents house, a brother and sister were placed in my family home. Though many children are placed in foster care for reasons like abuse, neglect, exploitation or drug exposure, these two had experienced something far worse.

“These two kids were removed because of extreme filth in the home, and sexual abuse,” my mom said. “Another child in the home was pregnant, the state found that sexual activity was being perpetrated in the home and the father was an extreme pedophile.”

The two sounded like they would be broken down, sad people, but when I met them they were two of the sweetest, most bright eyed children I have met.

While living with my parents, their biological father was on trial for 49 counts of sexual assault. The time was dreary and difficult for the family to go through.

“It was horrible… the court postponed the case twice…we couldn’t sleep,” my mom said. “It finally got over with, and we had to wait six weeks, they found him guilty. You think you are going to jump up and say yes, but when they finally returned the verdict, it was all so hard, we were just stunned, it was like a funeral. It was a snowy cold day; it felt like the weather knew.”

Though I was skeptical that my parents were being dragged down by the court case, they persevered, and have decided to take a new leap with the pair – adoption.

“After going through that, adopting (the brother and sister) was a no-brainer,” my mom said. “They are going to turn out okay, and it is really satisfying. If I don’t do anything for the rest of my life, this was all worth it.”

After a childhood like mine, with these amazing parents, I am happy to see them continuing to brighten the future for foster kids – plus, I always wanted to be a big sister.

Content producer Logan Martinez can be reached at news@collegian.com.