The Rocky Mountain Collegian • May 11, 2013 • https://collegian.com/articles/opinion/2013/05/reflections-of-a-professional-play-audience-member/

Reflections of a professional theatre goer 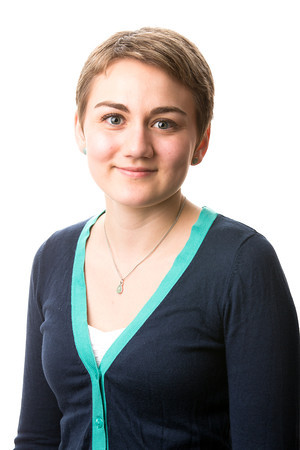 The first play I ever saw was a production of “Cabaret” at the Community College of Aurora when I was 10-years-old. Now, if you are familiar with the musical, you may wonder why a 10-year-old would be at such a production. My friend’s mom was the costume designer for the show and they invited me to see it with them.

Of course, I didn’t understand everything that was happening, but I couldn’t believe that people got to do this for a living and for school. To put on a gorilla costume with a tutu and perform a love ballad in front of people was something I never knew existed as a career choice.

I went back the next night, only this time I was behind the curtain with the actors who, once they crossed that magical barrier, were no longer named Sally Bowles and Brian Roberts and no longer spoke in the language of jazz and drink.

Thus began what I refer to as my legacy: One, going to the same production more than once, and two, shattering the illusions of the stage in a way that I could better understand it.

Over time, I have seen countless productions of all magnitudes, from high schools performing “West Side Story” to watching “Wicked” on the West End in London.

I am a professional audience member.

However, life does not stop for anyone, not even someone who is devoted to a fictional world.

While audience member, student journalist or theatre lover may be a few of my identifiers, there is one group of people that very few know that I belong to: anxiety.

According to the National Institute of Mental Health, 18 percent of American adults suffer from anxiety in some way over a 12-month period. Anxiety, in a progressive state, causes shortness of breath, nausea, depression, and an excessive state of worry about small details.

I have experienced anxiety since I was 13-years-old. More often than not, these symptoms come very suddenly and without any obvious cause, but can last from minutes to days at a time.

While anxiety affects me almost on a daily basis, there is one place where I never have to catch my breath, and that is sitting among other audience members watching a performance of quality.

The theatre, in more than one way, has truly saved my life, or rather, given me a life to live.

During my time at the Collegian, I have been in and out of rehearsals, dressing rooms and opening nights at CSU and around Fort Collins. I have been greeted with both quizzical expressions as to what this “outsider” is doing in a secretive space and with open arms to the greatest educational experience I have had outside the classroom.

It doesn’t matter at which point I am in my reporting process, or even when I am off duty as a journalist and seeing a production without any background knowledge. When I am in a theatre, I breathe the purest air imaginable without any complications.

There was an article recently in the Collegian exploring the reasons why students remain at Colorado State from their freshman year all the way to graduation. I questioned this myself.

As for me, the only reason I can think of is because of my job at the Collegian.

It is here that I can question the instincts of an actor, director or costume designer and be able to share my thoughts with audience members who are not so lucky.

I say lucky because that is how I feel to be in such a situation, even if it asks me to stay in a rehearsal until 11 at night or hunt down a source hours before deadline. I feel lucky to watch people who have become my friends be transformed, to see them fall in love, scream in pain, or have a cream pie thrown in their face and, more importantly, know why they do so.

I have been asked many times why I write about the theatre and why I want the secrets to be revealed before seeing a show. While I may not be an actor, designer or director, theatre is what gives me knowledge of human behavior, helps me understand life’s difficulties and allows me to question actions and ideas that I know have an attainable answer.

I’ll repeat what Johnny Depp’s character says in the film “The Libertine”: “Theatre is my drug, and my illness is so far advanced that my physic must be of the highest quality.”

No, I have never set foot on the stage. Instead, for the last three years, I have sat among the bravest people, notebook in hand, watching a piece of writing come to life.

While this may be my last semester as a student journalist, I hope to forever be a professional audience member.

Assistant Entertainment Editor Lianna Salva has attended more plays than you even knew existed. She can be reached at entertainment@collegian.com.