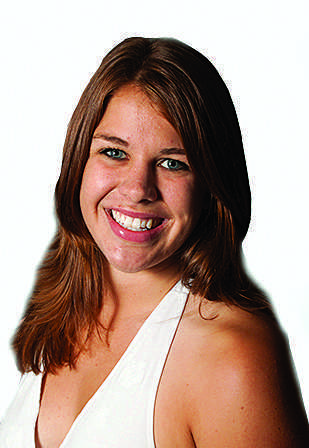 People come to college for many reasons. Some for the promise of a better job, some for the notorious party scene, some because they weren’t quite ready to face the “real world” right after high school and some because their parents gave them no other option. High school teachers have one prerogative: prepare their students as best as possible for college. College professors have a slightly different goal: prepare their students as best as possible for the work force. But what kind of jobs are we promised?

Parents and teachers have told us about the allure of college under the impression that when we graduate and receive that diploma, we are promised a better and higher paying job. We’ve been told that, while it’s only a piece of paper, a bachelor’s degree is ultimately will what make or break our career. But it simply doesn’t look like that’s the case any longer.

According to the Wall Street Journal, in an article by Jason Notte, 284,000 American college grads were working minimum wage jobs last year. Because of those numbers, The Center For College Affordability and Productivity tells us that half of graduates are working in jobs that don’t require a bachelor’s, while 38 percent work jobs that don’t even require a college education. These are dim statistics to students that are spending an extraordinary amount of money for that fancy piece of paper at the end of it all.

This either tells me that college is becoming the largest waste of money known to man, or it is the only way for someone to survive in today’s economy. If someone with a bachelor’s is stuck asking “do you want fries with that?” at the nearest Mickey D’s, what does that mean for someone with a GED? Those with a high school diploma or less are being pushed out of the workplace altogether.

Congress is currently debating whether or not minimum wage should be raised, and it looks like CSU students should be paying the most attention to that since, statistically, that’s what some of us will be making at the end of all of this. While it’s unfortunate, it’s better than having no job at all.

However, there is hope on the horizon. Numbers of college students attaining gainful employment increased 5 percent during the recession. And now is definitely the time to think about a master’s or doctoral program, considering that the number of people with advanced degrees having jobs increased by 1.1 million from 2010 to 2012, also according to Notte.

So maybe the fancy piece of paper won’t get you your dream job right away. But it will help you get a job, which is more than many Americans can say at this point.

We work extraordinarily hard in academia. We spend countless hours on homework to get mediocre test scores, to which we decide that we’re going to put even more time into class work. Many college students are also holding down a job on top of that, making us pros at time management. There are certainly many attributes that college graduates have that are helpful in the workplace. However, that doesn’t necessarily mean that we are entitled to employment just because we work hard and manage our time well. We have to get that sense of entitlement out of our heads and be prepared to fight for whatever employment we can get.

College is becoming more and more necessary with each passing year. There are not many people that are going to be able to get by with just a high school diploma any more, and even with a bachelor’s in a field of study, a job making more than minimum wage is no longer a promise. Pretty soon, Rams, we are going to be thrown into that “real world,” and we’re going to have to figure out where to go when education is over.

Brittany Jordan is a junior psychology major. He column appears every Thursday in the Collegian. Letters and feedback can be sent to letters@collegian.com.