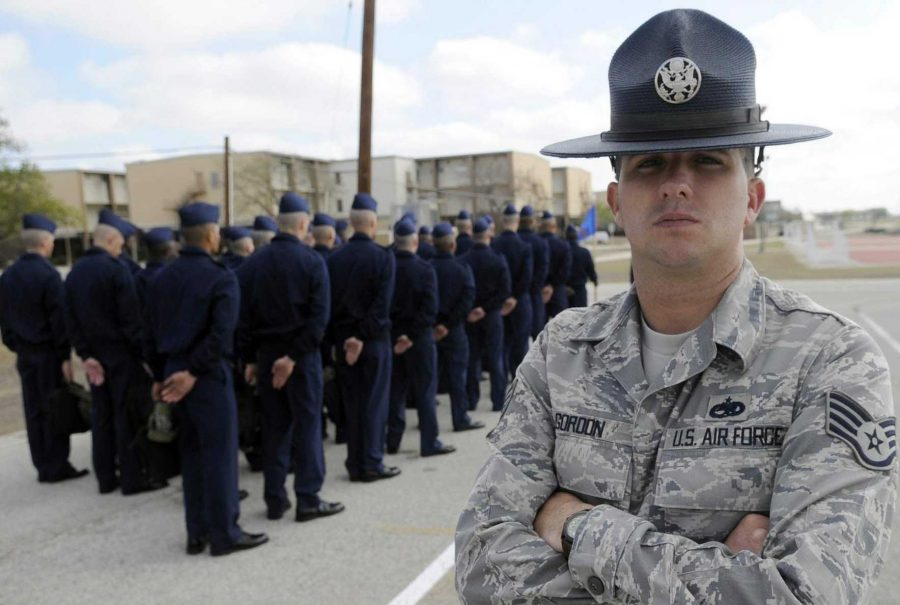 Staff Sgt. Christopher R. Gordon is a military training instructor at Lackland Air Force Base, Texas. He is the face of the Air Force for hundreds of trainees throughout the year and molds recruits through a recently overhauled and expanded Air Force Basic Military Training that focuses on a ‘warrior first’ philosophy. (U.S. Air Force photo/Master Sgt. Cecilio Ricardo)

While Obama’s commitment to keeping 10,000 troops in Afghanistan until 2014 has been making headlines across the globe, another ongoing military issue deserves attention closer to home.

Since Nov. 16, Lackland Air Force Base in San Antonio, Texas, has been testing out a new policy to prevent sexual assault. Called the “wingman” policy, the strategy requires trainees to be with another trainee at all times. Basically, an Air Force trainee can never be alone on the base.

The wingman policy is a misguided attempt to stem a deep-seated problem in the military. According to the Department of Defense, 19,000 intra-military sexual assaults were reported in 2011 alone. Given the low report rate for sexual assault, these numbers can only scratch the surface.

At Lackland, the wingman policy was instituted because of an ongoing sexual assault investigation at the base which began last summer. Twenty five instructors at the base are implicated with sexually assault, and 48 survivors have come forward.

Though it attempts to stem the problem, the wingman policy places the responsibility on the wrong shoulders. Trainees, who have been the targeted group for sexual violence, should not also carry the burden of preventing the assaults in the first place.

Instead, the military should focus its prevention efforts on the group who has been perpetrating the violence: military training instructors. U.S. Reps. Loretta Sanchez, Susan Davis, and Jackie Speier have recommended changing military measures to make it a crime for a supervisor not to report a sexual assault.

This would be a much better approach to the problem, since a permissive culture enables assault on military bases, not a lack of self-defense by trainees. The military must make sure that those who have built the culture are responsible for changing it.