The beautiful irony of the FBI’s David Petraeus investigation 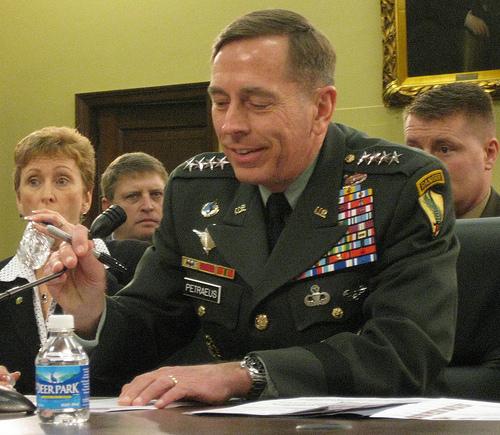 David Petraeus has stepped down as director of the CIA, ending his notable and distinguished military career and service in a less than honorable light: His extramarital affair was made public by a months-long FBI investigation.

What blew the general’s cover? It’s reported that a woman initially contacted the FBI about threatening messages from Petraeus’ mistress, but what really provided the proof to cause the war hero to retire was a little digging in his personal email account by the FBI.

Oh, the irony is sweet. In the time since 9/11 we have seen increasing monitoring and interception of American citizens’ emails in order to combat the perceived terrorist threat.

Petraeus, who has been a powerful force in our government for some time, assumed the position of CIA director in 2011 and can be held at least partly responsible for the increasing intrusions on our privacy.

What better way for the head of the CIA to get caught cheating than by the same government snooping through private emails that he gave his de facto approval to while having such a prominent role in the federal government?

The truly remarkable thing about this whole occurrence is how completely unaware our representatives in Congress were in regards to the Petraeus investigation by the FBI.

This underscores a very important issue in our modern surveillance state that our representatives are loath to bring up, even with the slap in the face that came from the Petraeus incident: There is not enough congressional oversight in the warrantless monitoring of our communications.