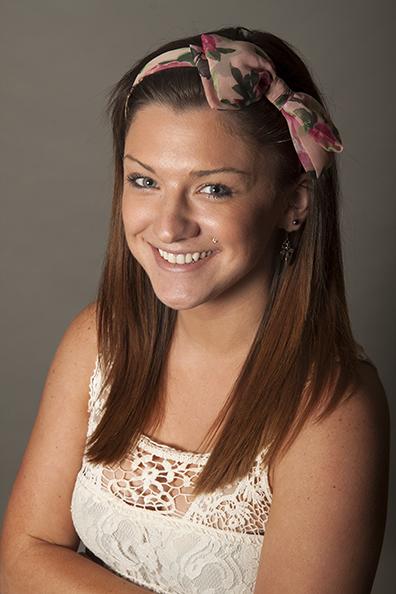 As winner of my third-grade class spelling bee, I’d like to say I’m exceptional when it comes to spelling and grammar. Some might actually call me psychotic and I often get called the “grammar police” as I troll around on Facebook, correcting people’s grammar mistakes on their various statuses.

Often times when I call others out for their errors, they reply with “I don’t care. It’s Facebook,” or “That’s why there’s spellcheck and auto-correct.” Upon hearing these responses, I cringe.

It’s plain and simple: Spellcheck and auto-correct are making you dumb, lazy and incompetent when it comes to simple spelling and grammar.

We all know the unforgiving staggered red lines that scatter our documents as we write essays in Microsoft Word — the lines that for me at least, make me so overly frustrated until I fix every error or “ignore” words/author names that I know are correct.

The problem with the red and the green grammar lines is that they are generated by a computer — not a human with cognitive abilities. The issue is that the computer doesn’t detect when you’re using “your” instead of “you’re,” or “there” instead of “their” or “they’re.”

If you rely too intently on spellcheck to save you, and if you think just because you have zero red lines on your documents that you’re all set and error-free, you’re entirely mistaken.

Let’s move on to the issue of auto-correct on our cell phones. Auto-correct provides for the same issue that spellcheck does, that it can’t detect which version of a word to use within the context of your text or email. Additionally, auto-correct provides for (admittedly, often hilarious) corrections of words that you never intended to use — such as when my mom types “Brian” into her phone, it quickly autocorrects to “Asian”.

To all of you seniors out there, about to graduate in a few weeks and to all your underclassmen that will soon be on the path of searching for jobs — learn your basic spelling and grammar rules. If you’re sending an email or cover letter to a future employer and you use “too” instead of “to,” I can guarantee that the majority of hiring teams will write you off then and there (no, not their).

It’s fine to use either of these tools provided to us, but it’s not fine to rely on them as always being entirely accurate. It’s not fine to be twenty-somethings and have the grammar competency of a sixth grader. Actually, I know some sixth graders that have higher skill levels than (not then) half my Facebook friends.

I don’t care if you’re posting a Facebook status, tweeting, sending a simple quick text, or writing an email to a friend — your grammar and spelling matters. Somebody will notice, and somebody will judge you — harshly. Learn how to spell “receive” without typing in “recieve” each time because you know your spellcheck will correct it — it’s simply a bad habit.

If your grammar sucks, I can guarantee you your resume sucks and you probably won’t get that dream job you are “dieing” for.

Kyle Wiens, the CEO of the online world’s largest repair community, iFixit, stated that he is a stickler when it comes to grammar, and has a zero tolerance policy on the subject. He stated, “Everyone who applies for a position at either of my companies, iFixit or Dozuki, takes a mandatory grammar test. If job hopefuls can’t distinguish between ‘to’ and ‘too,’ their applications go into the bin.”

He goes on to discuss that grammar isn’t unimportant – it gives people credibility online. He states that his rule is fair, because “If it takes someone more than 20 years to notice how to properly use “it’s,” then that’s not a learning curve I’m comfortable with,” and “sloppy is as sloppy does.”

Grow up, download a grammar app or Google any rules you don’t understand. Turn off auto-correct for a week and test yourself. This is a skillset that will help you in any job area, on any essay, in any aspect of life. This isn’t something you should simply learn and forget — grammar isn’t going anywhere.

I don’t care what your major is or what your age is, your spelling and grammar count.