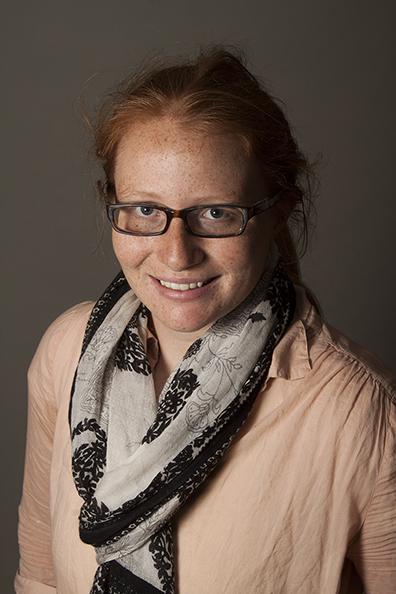 You know that you’ve kicked some ass and taken some serious names when desperate housewife/oracle Eva Longoria mentions you on Twitter.

Longoria wasn’t the only one who thought Martha Raddatz absolutely killed it.

Journalists from outlets as varied as NPR, the New York Times, Politico, Vanity Fair and Buzzfeed all lavished Raddatz, an ABC News correspondent, with their wildest praise. After the debate, Raddatz saw her number of Twitter followers almost triple, and she was even tweeted by “Ridin’ Dirty” rapper Chamillionaire, who told her to “keep it gangsta” (to which she responded: “that made my day!”).

To be honest, I hadn’t heard of Raddatz before Thursday night. But now, at least among the record 51.4 million viewers who bothered to watch the VP debate, Raddatz is, at least for a while, probably one of the most beloved journalists in the country.

I’m going to jump on the bandwagon and say, “Thank… God…”

While Jim Lehrer, who moderated the first presidential debate, asked mostly open-ended questions that allowed both Mitt Romney and President Obama to say whatever the hell they wanted (i.e. whatever it took not to answer the questions), Raddatz confronted the candidates head-on, interrogating Joe Biden about the death of Libya Ambassador Chris Stevens, and Paul Ryan about Mitt Romney’s ensuing press conference.

I wanted to high-five her when she asked them about how their religious beliefs impact their views on abortion (drawing probably the most substantive answers of the night), as well as the multiple times when she forced the candidates to get back on track when they started resorting to talking points.

Because of Raddatz, I think that pretty much everyone who watched the debate left with a better idea of what Biden and Ryan stood for, something that could not have been said about the first presidential debate.

And if that’s not what being a good journalist is about, then… well… I guess I’ll just have to start watching Fox News.

On top of the revelation that Martha Raddatz is awesome, there was another, probably more telling, lesson from Tuesday’s debate.

What does it say about the state of American journalism if someone gets so much praise simply for doing their job?

After all, you’d assume that a debate moderator should be expected to ask good questions and force candidates to stay on track. But, at least judging from the heaps of praise Raddatz received on Twitter, it’s not necessarily a given.

It’s not because there’s a deficit of good journalists out there — tons of people ask our elected officials difficult questions everyday.

But the debates are kind of like the Olympics: Politics — like international curling competitions — happen all the time, but most people actually care once every four years.

While the debates are often criticized as political theater, it’s also a pretty huge platform to communicate directly with the electorate — especially the all-important “undecided” part of it.

In addition, more people see Romney, Ryan, Obama and Biden on TV shows like Live with Kelly Ripa and The Daily Show than read The Caucus. True, by watching Obama and Romney on morning TV shows I’ve learned that Romney sleeps naked and that Obama can make a mean chili, but I haven’t heard them directly explain how their religious views impact how they approach abortion. That’s why it was probably so refreshing for so many of the debate’s viewers.

We need more people like Martha Raddatz on a national stage throughout the election season. If Thursday’s debate proved anything, it’s that the American people want — and more importantly appreciate — the fact that she forced our elected officials to answer some tough questions.

It was refreshing to see a journalist get some good feedback, but in the future, let’s make it a given, not a pleasant surprise, that someone out there is asking tough questions.

Editor in Chief Allison Sylte is a senior journalism major. Her column appears Mondays in the Collegian. She can be reached at letters@collegian.com or on Twitter @AllisonSylte.