Is the squeeze worth the juice? The Tax Policy of More Money More Problems 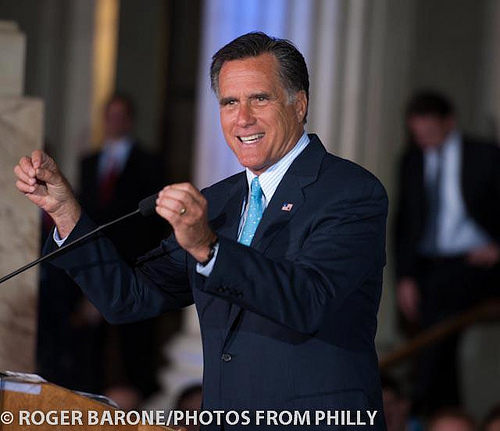 Last week I overheard a student say ‘“If you like money and the economy, then you like tax cuts.” Oh, if it were only that simple my friend.

Since the onset of our financial crisis, deciding how to help struggling middle-class Americans while still providing sufficient revenue for the government has been a point of contention.

Drastically different strategies in tax code currently hang in flux, yet their transparency is cloudy at best.

The appropriate approach to our particular economic ailments is a function of our belief set, that is to say, “it depends.” What it depends on, largely, is the stances we take on the moral obligation to immediately eradicate the national debt and our willingness to slash social programs.

First let us distinguish our deficit from debt.

Our deficit, the amount beyond our annual national revenue that causes us to borrow, has shrunk every year under the Obama Administration. Our debt — being the overall negative ending balance — continues to grow, but at a decreasing rate.

The best way to remedy both a deficit and national debt is growth — this is where arguments arise. Proponents of large tax cuts — such as a Romney administration — tend to favor the trickle-down theory, in which, by decreasing taxes, the money that stays in hands of the private sector spurs spending, expansion and therefore economic growth.

Several problems arise from this idea. First is the belief that this money will in fact flow down the economic stream from high-income all the way to low-income. If there is one thing the America’s growing wealth discrepancy illustrates it is how good our well-to-do population is at building financial dams to keep money at the top.

A second problem, inexorably tied to the first, is how we pay for these tax cuts. Governor Romney has explicitly stated he would end funding for PBS, Planned Parenthood, close tax loopholes and would repeal Obamacare among other things.

Although disputed by the Romney camp, substantive evidence suggests that the proposed funding cuts and tax regulation would not cover the cost it incurs without the assumption of growth. This presents a fork in the road, it would require we make large cuts to spending in areas like education, healthcare and tech research, charge it to the government tab which defeats one of its fundamental goals, or some combination.

While we frequently reference our debt and deficit, it is important to underline the implications and underlying purpose of both. For instance, a resource intensive conflict such as the Iraq or Afghanistan war, although morally debatable, has no quantitative benefit for the American public while it costs us billions.

Another expenditure is a social program such as Obamacare. This program is undeniably costly in the short-run and its particulars raise heated debates, but what is the inherent objective?  Ideally, with universal healthcare coverage, preventative practices will avoid the less affluent from seeking expensive emergency care that ultimately is a cost to taxpayers.

More important than what our deficit or debt figure is, is where it comes from and how are we positioning ourselves to eliminate it in the future.

The difference between taking out a student loan for college or for a brand new Hummer is obvious to anyone. Education leads to career opportunities and higher wages. Borrowing for a brand new car, not so much. Government spending carries the same principles.

A short run a deficit is not necessarily bad as long as are using this revenue to make productive investments; education, medical/scientific research, infrastructure, projects that at the end of the day will help grow our economy and standard of living over time.

If our greatest priority is immediately eliminating the national debt at what cost does it come? Sustained debt is risky in the sense we do not possess on hand cash as insurance against unforeseeable problems. Conversely, if immediate debt reduction is only achievable at the expense of education, health benefits and other public services, is the juice worth the squeeze?

Like most anything in life, it is all about balance. Debt is not ideal and it is vital that we implement a plan that eliminates it systematically, but drastic short-run changes proposed by sweeping tax cuts threaten gutting programs that services that define our country.

The phrase “it takes money to make money’” holds true into fiscal policy. Instead of slashing taxes, hoping it will trickle down, we must instead find balance between cuts and strategic spending to ensure Americans profit long term.

Bryce Liedtke is a senior finance major. His columns appear every other Tuesday in the Collegian. Letters and feedback can be sent to letters@collegian.com.