In defense of inclusive language 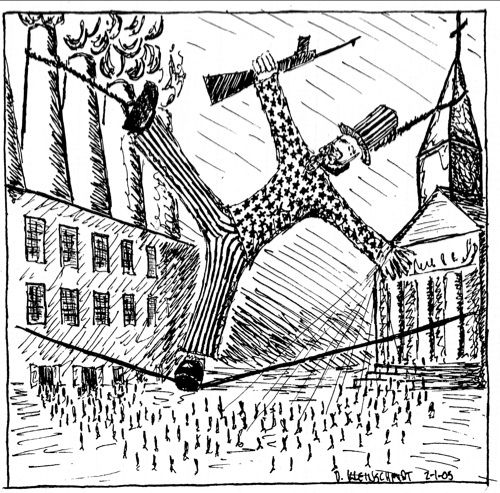 In an opinion piece titled “Leave political correctness to the politicians” that ran Oct. 2,  Brittany Jordan argues against using politically correct and inclusive language, saying that Americans “cannot take a stand on anything because, Lord forbid, they might offend someone.”

People who throw around the phrase “politically correct” often use it as a way to dismiss other’s reactions. They aren’t personally offended by the language in question, but they have the basic knowledge that it offends other people, want to avoid confrontation and tailor their language to do so. Politicians often do this to get votes — giving rise to the term “politically” correct.

But not everyone uses inclusive language with the goal of avoiding confrontation or winning votes. Using inclusive language often is taking a stand. Many people, myself included, use it as a way address social inequalities — to point out the ways in which groups have been, and continue to be, disenfranchised.

Take for instance the phrase “All men are created equal.” The Declaration of Independence was written in a time in which that phrase referred only to white, male, property owners. Now we interpret it more broadly, but the traces of the system it reflected still exist in the United States.

There are still some areas where gender, racial and socioeconomic inequality should be addressed and bringing up non-inclusive language is an opportunity to discuss those issues and look for solutions.

In terms of respect, using inclusive language is a lot like knowing not to say “F*** you” to your grandmother. Some grannies out there probably don’t mind, but most of them do, and when you chose to change your language around her, you show that you care whether or not she’s offended. Not saying “guys” to a group of female friends, and avoiding other non-inclusive terms, accomplishes something similar.

I’m not saying that every time you say “guys” that you’re being sexist. Intentions do matter. Some of the people I know who care deeply about the equality of all people occasionally use the word “guys.” The difference is, when the term comes up, they’re open to discuss why it can be offensive.

I’m also not saying that if you simply stop saying “guys,” you will have cured society of sexism. Inclusive language alone won’t lead to social change. If used in the politically correct sense, language can be a way to sidestep discussion and give the illusion of respect where none exists.

But using inclusive language can be one way to show that you’ve thought about other people, considered their opinions and made an effort to show them respect.

And by taking a moment to question non-inclusive words when they tumble out inadvertently or by pausing to find a different word to say, we can start a process that allows us at least to discuss equality, if not also work toward it.

News Editor Elisabeth Willner can be reached at news@collegian.com.