Joke for a smoke! Wait, that’s not funny 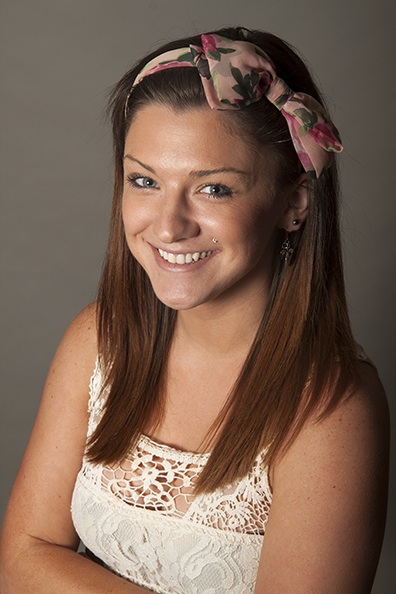 I have always been somewhat aware that the existence of racism is still prevalent in our country today, but I never would have expected to find it in the nonjudgmental and accepting town of Fort Collins — especially not from a CSU student.

Tour de Fat and the Rocky Mountain Showdown had just ended, and the mood of Fort Collins was ecstatic and friendly with a high over the community from CSU’s epic win over CU. My friend and I were enjoying Fat Tires on the patio of a popular bar in Old Town, and accompanying our beers with a couple Marlboro Lights.

A seemingly friendly enough — and clearly intoxicated — CSU student approached from the bar, and the friendly vibe from the night soon diminished.

The student, wearing a Crown Royal bag on his head in place of a hat (probably part of a Tour de Fat costume) walked up to us and asked us for a cigarette. My friend responded with our standard line to any cigarette-bummer: “Joke for a smoke. If I laugh, I’ll give you a cigarette.”

The joke that followed was one of the most profoundly racist and disgusting that I have ever experienced and involved overly crude language — not even acceptable in the atmosphere of a bar.

Not only did he tell us the “joke”, but proceeded to talk about African Americans — referring to them by frequent use of the “n-word” — and how “they” are lazy, worthless and a bunch of criminals (wait, I’m sorry — did we just time travel back to the pre-Civil War Confederate south?)

It makes me cringe, typing these words — racism isn’t a joke, and it isn’t funny.

This student is not even close to the only instance of racism I have encountered around this campus, unfortunately. I hear the “n-word” on at least a daily basis and students consistently seem to talk about blacks and whites in separate groups, granted this is often unintentional.

Why label an individual as one of “them”? Since when does color reflect an individual’s work ethic, personality and character? Who do you think you are, to have the audacity to judge or label another based off the color of their skin? And no, intoxication is far from an excuse for discriminatory behavior.

I remember this line, from this one little speech, “I Have a Dream” that went something like: “I have a dream that my four little children will one day live in a nation where they will not be judged by the color of their skin but by the content of their character.” Something like that, am I right?

This is 2012, and talking about blacks and whites in opposing and often condescending terms is an offensive version of separate but equal – a concept that you and I both know, should be long outdated.

I too often hear the defense that jokes and remarks such as these are exercising freedom of speech and personal opinion. I’m sorry, but the last time I checked hate speech or fighting words, defined as insults “on the basis of race, color, creed, religion or gender” are not protected by the First Amendment, according to the Supreme Court Case of R.A.V. v. City of St. Paul.

This isn’t an agenda, it’s a matter of right and wrong, and of ethical and unethical. It’s a matter of common sense and respect toward one another. We are members of a community, and before a few weekends ago — one that I thought was pretty tolerant and accepting. I guess I’m pretty naive.

While discussing this issue with others throughout the week, I have been pointed toward the fact that I am a 22-year-old white female, and because of that many of you may not believe I have the “right” to discuss these issues. I strongly and firmly believe I have the “right” to stand up for the people of my community — whatever race, gender, ethnicity or sexual orientation they may be. That my friends, is the real beauty of the First Amendment.

So tonight, as you head off to Old Town or a house party, or whatever you do – remember the phrase “liberty and justice for all” and remember that your words not only reflect upon yourselves but upon your community, and the representation of CSU.

And if you decide to ignore these values and virtues that our country, state, community and campus stands by: for lack of better terms – wake the hell up.

Lauren Stieritz is a senior communication studies major. Her columns appear Fridays in the Collegian. Letters and feedback can be sent to letters@collegian.com.