Have a civil discussion about concealed carry, please 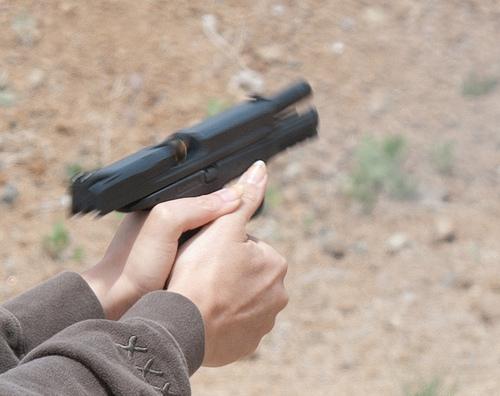 The Our View traditionally voices the Collegian Editorial Board’s unanimous opinion on an issue represented in the current day’s paper, but today that tradition is being foregone thanks to the issue of concealed-carry.

The topic of concealed-carry — and, specifically, whether it should be banned on campus — has a heated history at CSU. Concealed weapons were nearly banned in 2009, but after vocal student opposition, chose to remain one of the few college campuses allowing the practice.

It became clear during the planning meeting for this section that there would be no unanimous opinion concerning concealed-carry, and the conversation became more passionate than it has at any other time so far this school year.

There are valid arguments for and against concealed-carry on campus, but it’s important to keep the discussion respectful and civil.

On one side is the issue of citizens rights; that without justifiable cause there is no reason to strip an individual of their right to carry a firearm, especially when the law says otherwise.

The argument against concealed-carry is equally valid; that shootings on college campuses — such as the 2007 Virginia Tech shooting that left 32 dead — provide little incentive to welcome firearms onto university property.

With such entrenched and well-supported arguments, it can be easy for the discussion to quickly escalate when both sides refuse to listen to the other. But in order for this debate to progress, the rhetoric needs to be kept civil.

If not, the conversations can end in (at best) both sides offending the other or (at worst) the same violence that neither side advocates.