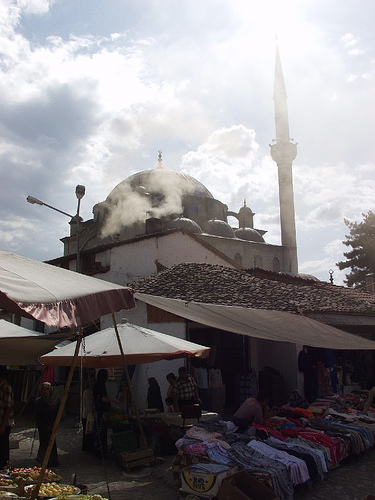 “There are always going to be racists, bigots and hate mongers in this world, but this is only the obnoxious minority.”

A few days after the image’s debut, the Onion reported that nobody was murdered or threatened with violence because of this image, though some members of the Jewish, Christian, Hindu and Buddhist faiths were highly offended.

This is how the majority of people react to images like the Onion’s, with disgust — not violence.

There is, however, in every society and on every issue, the fringe, the crazies who make up a very small percentage of the overall population, but often receive all of the media attention. It is this minority that created the inflammatory video, and the minority that reacted violently to it.

The violence in the Middle East at the hands of a few extremists is not representative of the people of that region or of the Islamic faith.

There are always going to be racists, bigots and hate mongers in this world, but this is only the obnoxious minority. In the digital age, the problem is that any idiot with an internet connection can now broadcast their intolerance around the globe in seconds.

It is the responsibility of us, the tolerant majority, to ensure that this hateful rhetoric is responded to appropriately with unanimous disapproval.

We must ensure that hate speech is prevented from its ultimate goal: Promoting intolerance and further dividing and setting at odds the cultures of the West and the Middle East.