Summer in Egypt met with selflessness and friendship of locals 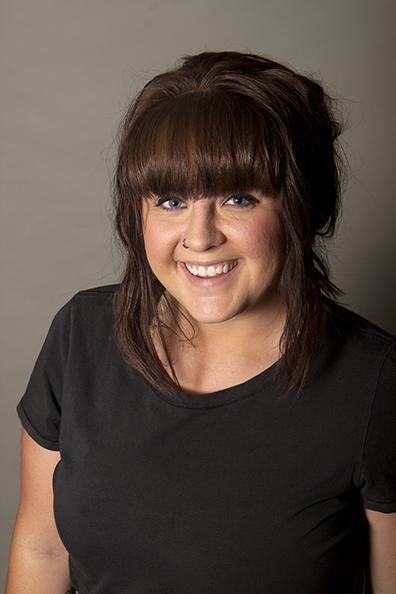 I recall the eerie and desolate airport in Cairo that welcomed me into my summer spent in Egypt — in a completely different world.

Upon arrival we were told that we would be working with Egyptian children who lived either on the streets, garbage dumps or came from broken families. The rhetoric surrounding the children painted a dark picture. My fellow volunteers, myself included, expected to come across a group of children who were utterly broken, lacking and guarded. Instead, we encountered children full of life, abounding joy, and a zealous love ready to be shared.

Sylvia Plath, a famous novelist and poet, described life having not one climax but numerous and randomly placed ‘moments of being’. Among all the children, meeting Ola, a lovely 15-year-old Muslim girl, that first day at the school in Cairo was undeniably one of my moments of being.

Ola lived part time on the streets in between a tumultuous and inconsistent home life. She would show up to class every day wearing a precarious smile and her favourite hijab, or headscarf, bursting with blue and pink flowers. As a Muslim girl approaching womanhood, she was expected to do so.

Between classes we would spend hours sitting on worn wooden benches under the hot Egyptian sun, with my blonde hair rebelling the rays and her blue and pink hijab absorbing its heat, sharing secrets, describing our dreams, articulating our lives. It was as if I had been reunited with my long lost sister, my best friend, my heart.

My last day in Cairo finally came. While walking into the courtyard for the last time seeing those beautiful and crazy kids attack me with hugs and high-fives and ‘ha-loo’s, my heart dropped at the thought of never seeing them again. I scanned the chaos in front of me for the pink and blue hijab I knew and loved so well, but to no avail. The majority of the last day I was in panic mode waiting for Ola to show up so I could attempt to say goodbye. Finally, with just a half hour left of class, my sweet Ola walked up to me, but this time without her hijab.

Flabbergasted I asked her why she came without her scarf. She explained to me that although she was penniless she wanted to demonstrate that she considered me family. Since Muslim women only take off their scarves in the privacy of their home in front of family and/or very close friends, I was speechless. I was given the gift of family.

After my time in Cairo, we traveled south to Minya, a small town located on the western bank of the Nile river to work with a non-governmental organization that built roofs for locals. Minya could be described as the antithesis of Cairo with its farmland, dirt roads, and a population that stands in the shadow of Cairo.

Upon surveying homes and speaking with families who applied for a roof, we walked into the home of Latif, a farmer, who supported his family of five with an income equivalent to $20 a month. Home was a relative term: Latif’s house had dirt floors, cinderblock walls, a beat up rug, a plastic chair and a few wall hangings. After five minutes of introductions and small talk, a small boy walked up to Latif, handed him a case of soda, and in turn Latif squeezed a bundle of bills into his hand.

“Please” said Latif offering each of us a bottle of orange soda. To be honest, I was not in the mood for a warm, sugary drink while flies swarmed around my face and the blistering sun attempted to steal any sense of comfort. However, I obliged.

After finishing the last sip, I remember Latif looking deep in my eyes blessing me in Arabic. My entire encounter with Latif and his family lasted a grand total of 20 minutes and I honestly did not think much of it until afterwards when our director explained how Latif had spent his entire monthly earnings to give his American guests a simple delectation of soda.

I was paralyzed with feelings of undeserving. A complete stranger had just honored me as his guest by gifting me with a soda which in turn took food away from the mouth of his wife and children.

No combination of words in the English language could even begin to describe the beauty and selflessness I encountered from the Egyptian people. No iPad, diamond ring or elaborate vacation could ever top the grand nature of those two gifts I received from the poorest of the poor in Egypt. It was from a street girl in Cairo and a farmer in Minya that I learned the definition of love.

Brooke Lake is a senior international studies major. Her column appears every other Tuesday in the Collegian. Letters and feedback can be sent to letters@collegian.com.