CSU students: Put away the iPad, and pay attention to the president 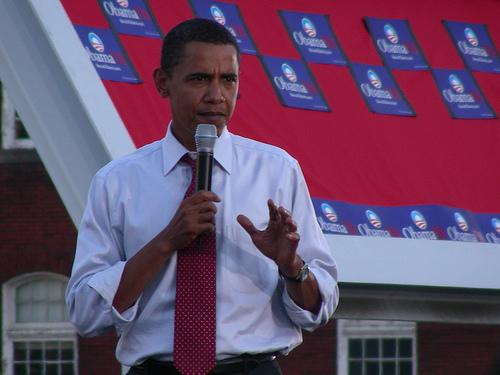 When the police had gone, the yellow tape was removed and the last vestiges of Obama’s words encouraging us to work for the future and preserve our environment had faded — all that remained were thousands of plastic bottles heaped lazily around a recycling bin.

As Obama’s speech becomes a distant memory in the next few months before election day, it is important to commit yourself to those same ideals we cheered for on Monfort Quad.

The entire event was inspiring and easy to get caught up in the moment, though many participant’s attention was on capturing the president on their smartphone or tablet rather than giving the Commander in Chief their full attention.

It was a moment to unplug and engage with the president’s vision, a vision that will help determine the fate of our nation — and many students missed the mark.

While it is important to come out on election day, the future of the country will not be predicated alone on the results of the 2012 election.

Fixing the problems in this country will take nothing less than the constant monitoring of our government and the legislation they pass everyday, which receives little more than a mention on the televised mainstream media — save the sensationalized bills that occasionally make an appearance.

Our bureaucratic machine grinds slowly and is easily derailed and obstructed by the powers that be. Real change will be incremental, and will take our wholehearted attention, devotion and patience.