How an entire college town refused to serve a fake vegan 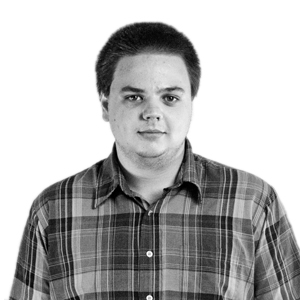 I’m not a vegan, but for this past weekend’s 16th annual Taste of Fort Collins I tried to imagine myself as one.

There’s something special about the typical food fair— that uniquely midwestern event that brings out such staples as giant turkey legs, funnel cakes and deep-fried Oreos.  And at Taste, the barbecue tents outnumbered them all, as greasy and fried comfort foods dripped from the mouths of walking festival-goers.

I meandered the rows of vendor booths, caught between being gripped with mild disgust and in childish awe at all of the absurdities being offered for inflated prices.

It was while gawking at the throngs of meat eaters, that I realized something. Food really does bring us together. After all, what else could convince the multitudes to pay a $10 admittance fee to an outdoor (and very hot) festival without any designated seating and $3 bottles of water?

Take for instance waffles filled with jalapenos, bacon and cheddar for $7 or deep-fried cheesecake for $6. Another booth slung Monkey Balls— an Asian meatball filled with truly mysterious meat.

Although I enjoy lots of animal products and for much of my life ate a strictly unhealthy diet of red meat and whole milk, these foods don’t spark my gluttonous ways like they used to. But it’s events like Taste that revives the inner fatty in me.

I couldn’t help it; and neither could the thousands of attendees like me. The longest lines snaked in organic S-shapes from booth to booth, offering deep-fried potato skins, hot links smothered in sauce and beer.

People love food. And in many ways it’s the greatest equalizer. I watched as upper-, middle- and lower-class patrons chatted and shared notes on their favorite eats of the day. Clean-cut families with small children darted through crowds of young and tattooed ruffians, without the facial expressions of mild disgust that I’m used to noticing in a college town such as Fort Collins.

The feeling of community was intoxicating, so much so that I nearly forgot my self-imposed vegan diet. Scanning the rows of tents as I walked, all I saw was meat, ice cream/gelato and dairy-based food vendors.

Suddenly I felt an outcast at an event that came as close to unifying as any. Not a single vendor catered to my imagined dietary restrictions.

That is, until I found the lone salad tent in the entire festival. It had no line, no customers, and a truly bored looking staff selling $1– the lowest price I found for any food item at Taste– cups of some interesting-sounding salad with exotic ingredients.

This is where my true dietary restrictions came into play. I ended up not purchasing the cup-based salad due to a long-standing feud with salads and their closest relatives (don’t ask.)

I managed to procure a free Otter Pop from an arts tent, but, other than that, left Taste empty handed with the exception being an old Joni Mitchell record that I purchased from a thrift store.

Back at home I ate a can of beans and thought about what had just happened. I had ostracized myself– by choice. And that didn’t sit well with me.

Maybe I don’t have the guts that it takes to declare myself as ‘other.’ It could be that I enjoy eating animal products despite all the reasons that I shouldn’t. In either case, I can’t be vegan.

I was at Taste for little more than an hour, but during that short period I noticed myself judging harshly the vendors that excluded me from their menus. It was ‘if you aren’t with us, then you’re against us,’ and I was very much against the food that I couldn’t eat and those who served it.

I know vegans who don’t succumb to this mindset, but I never thought about how difficult it must be to avoid hating everyone you know when you’re offered a steak and have to politely refuse.

Adding that to the ever-present knowledge that it was a cogitative choice to be put in the steak-less social situation and that’s it, I’d had enough. I was ready for a burger and a hug.