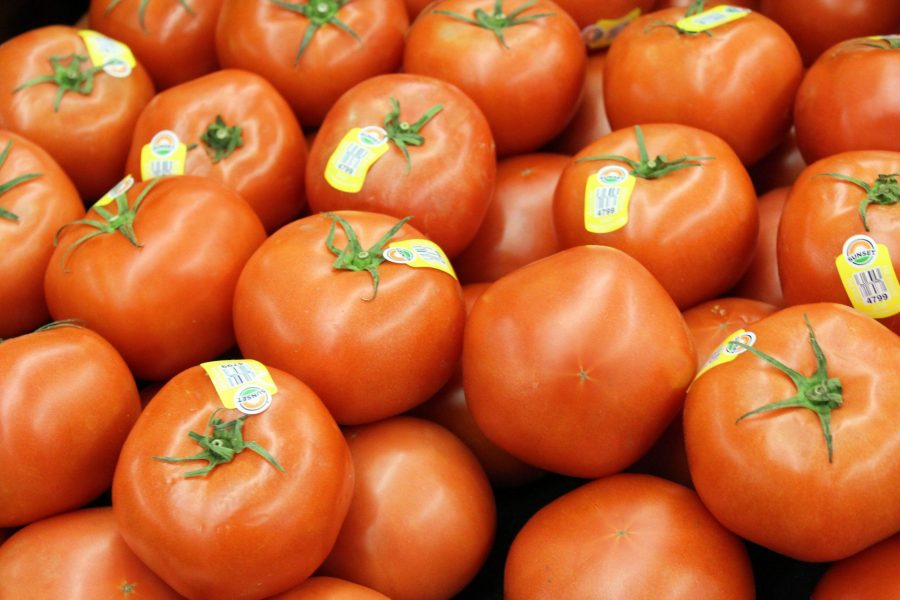 Harry Klee and his team have worked for years to find the modern tomato’s missing flavor and put it back.

For the 18th annual Thorton-Massa Lecture, Klee, a horticulture science professor from the University of Florida, discussed how growers can genetically restore flavor to tomatoes without losing economic viability Sunday in the Lory Student Center Theatre.

Klee said his main concern was producing a tasty but affordable tomato.

“I care about the people on food stamps who can’t afford to shop at Whole Foods, and I want to get the better tomato to them,” Klee said. “And, the only way we’re going to do it if we put the flavor back in without compromising yield. And, I think we can do it.”

The essence of the tomato flavor is a combination of sugars, acids and about 29 chemicals which affect the sense of smell.

Klee’s research found the genetic roots of the flavor by crossing the results of a 100-person consumer panel where people rated tomato breeds based on taste, a methodical breakdown of the chemical composition of different tomatoes and the genome sequences of nearly 400 tomato varieties.

The results narrowed the creation of flavor volatiles down to about five genes, which could be easier for companies to breed for.

A variety of economic and market forces have inadvertently removed tomato’s flavor over the last 75 years, according to Klee. Such factors include farmers’ preference for high-yields, large fruit and uniform ripening, which have disregarded breeding for flavor.

When a trait is ignored in breeding, its survival is left to chance. Klee described it as akin to flipping a coin to decide if a good allele or a bad allele will end up representing that trait. Naturally, a bad allele results half the time.

Klee said half the chemicals for good flavor are at significantly lower levels in modern tomatoes than those of heirloom breeds.

“Basically, through a lack of positive selection, we end up segregating away the better alleles for a lot of the flavor genes,” Klee said.

Because flavor is a combination of many factors and chemicals, the process of losing it takes time to become noticeable, according to Klee.

“People have lost the best alleles, one at a time, and then 75 years later, we wake up and say, ‘Oh my god, what happened?’” Klee said. “The flavor’s gone.”

And, just like it took time to lose the flavor, it will take time to bring it back.

Klee predicts he and his team will be able to traditionally breed a superior-tasting, high-yield tomato within two to three years. Although genetic engineering could create the well-bred tomato faster, Klee said the process costs too much and has too much controversy.

The team does not plan to patent their findings and instead, will send their final results to all the breeding companies. Currently though, the researchers have a home-garden breed, Garden Gems.

Morgan Litchford, a freshman biochemistry major, said she related to the lecture because she had her own garden where she plants tomatoes.

“I came across a couple heirloom brands in the store, and I planted those, and they were the most amazing tomatoes I’d ever eaten in the world, and it was such an amazing experience because I’ve never had a tomato like that before,” Licthford said. “So, I thought this lecture was really interesting, just delving deeper into that and how actually you make better tasting tomatoes that are more accessible to people.”

For Klee, the accessibility, nutrition, and flavor of tomatoes are all connected.

“I really think that (flavor) is intimately tied to nutrition,” Klee said. “If we make healthy food taste better, people will eat better diets—then I think we can have a real impact on society.”