Why we need feminism 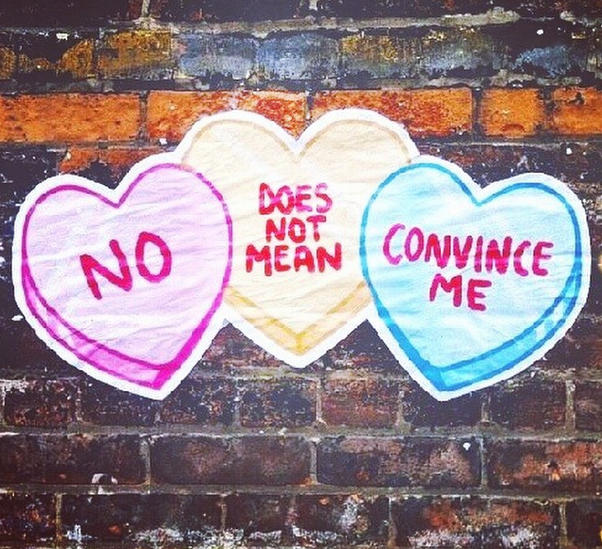 Feminism isn’t just a women’s movement. It’s not a cause rooted in the hatred of men and the burning of bras. It’s also not a concept that promotes the idea that women should rule the world and leave men to suffer as lesser than. Feminism is a movement that strives to promote equality among the sexes, not hatred.

Even though it has had a more public resurgence in the past decade, it is imperative that the purpose of feminism doesn’t get lost in translation from generation to generation. In a world where education is valued but often times history is neglected, it is crucial that cultural stereotypes about feminism do not cloud the minds of present and future society members. It’s our job to erase the thoughts that all feminists are unattractive, masculine, bra-burning man-haters and to instead highlight the bravery and power that rests within the movement.

Even though these stereotypes began to be commonly perpetuated many decades ago, they are still around today and have given life to some new, even worse vocabulary based in the misconception of what feminism is. Words like feminazi and meninist have arisen out of misunderstanding and fear and only serve as ridiculous slang that increases the difficulty society faces in the strive for equality. The very notion that of a group of people fighting to be equal among others could be compared to another political movement responsible for the deaths of around six million people is disgusting and is a sign of why we really need feminism.

But these types of ignorant assumptions are not the only reason we need feminism. There are countless other reasons why we need it. The fact that a pay gap between the sexes exists being one of the most prominent. Women are paid roughly seventy eight percent of what men are per year. Even when they are equally qualified, have the same education and experience, and do the exact same job, there is still wage inequality.

At the same time, women are still also sexualized, shamed, and assigned worth based solely on their bodies. So much of our media relies on women being attractive and alluring in order to sell products and content to buyers and, unfortunately, we all take part in it whether we do so willingly or not. We base the value of women, and men as well, on outer appearance, something that is literally a game of genetic chance. Beauty standards also fuel the existence of slut shaming and rape culture, making it an even more problematic set of ideas rooted in gender norms. Clearly the emphasis on beauty has done more harm than good, even leading to a woman being fired from her job as a dental assistant for being too attractive and ‘irresistible’ (ABC, 2014).

But at the same time, feminism isn’t just about benefits for women, it’s about helping men out too! Men face all kinds of discrimination because of gender roles and stereotypes. Masculine ideals are hurting men of all ages. Men and boys being told that men are strong, brave, and don’t cry is just as harmful as women being called sluts or whores. In a feminist world, no one is boxed in to assigned gender roles and doesn’t have to fear being shut out because they don’t conform to the norm.

Even though we have a long road ahead of us towards reaching equality, it can be done. Men and women can and will benefit from feminism, but it is crucial that both the purpose and driving force behind this movement do not get lost in the conversation. So, if you ever find yourself forgetting why we need feminism, consider the fact that it is an empowering movement for everyone and will create an equal society. However, if you only take away one thing from this post, let it be this funny, new age feminist mantra: pizza rolls, not gender roles.

As this is the last installment of the Femme Avenger, thank you to all who read once or every week. You have challenged me and I hope this blog has provoked new thoughts in you as well.

Madeline Gallegos can be reached at blogs@collegian.com or on her Twitter page @MaddieGallegos