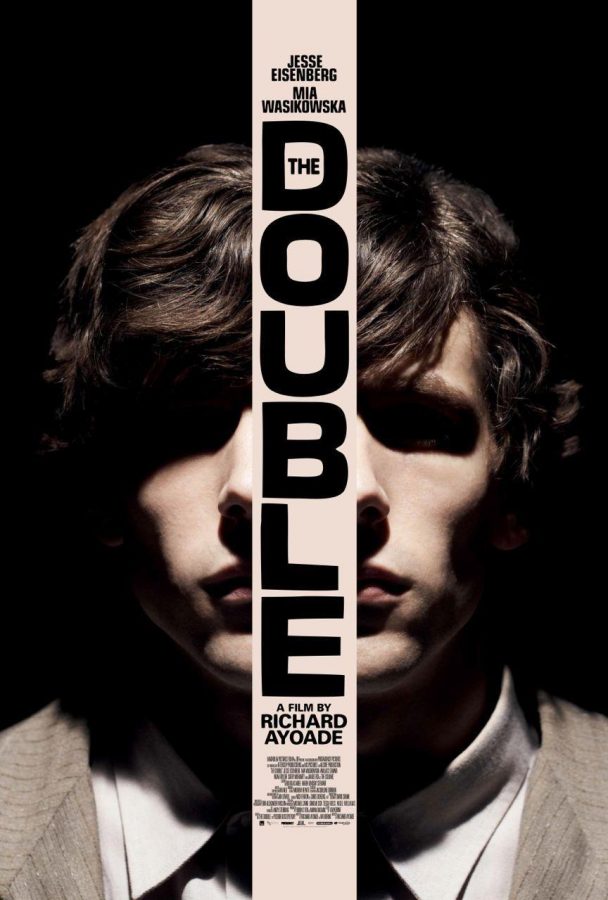 Pro tip: next time you’re writing an essay and you have no idea what you’re talking about, just throw in the word Kafkaesque once or twice. The adjective, which means “reminiscent of the work of Franz Kafka,” can be used to describe anything slightly nightmarish, surreal or odd, and you always sound smart when you use it, even when you use it completely inappropriately. That being said, if you want a crash course on what really is Kafkaesque (without actually reading any Kafka, because who reads, right?), I would recommend the bizarrely comic thriller The Double.

The Double, not to be confused with the already-completely-forgotten-about 2011 Richard Gere thriller of the same name, is an adaptation of a Fyodor Dostoevsky novella starring Jesse Eisenberg as Simon James, a meek man who is constantly overlooked in his bleak work environment. One day, he is dismayed to find the new worker at his job, James Simon (eh? you get it?), is his physical doppelganger, except he has all the charm and frankness he lacks. They seem to get along well at first, but soon James starts taking over more and more of Simon’s life.

First off, props have to go to director/co-writer Richard Ayoade, who shows he has a knack for style in his second outing in the director’s chair (the first being 2010’s Submarine). The Double has an art-house flair to it, and practically every shot in the film is framed fantastically. It gives the film a sterile feel that always feels slightly off (one could even say Kafkaesque), which is perfect for the subject matter. Ayoade wears his influences on his sleeves here (namely David Lynch, Terry Gilliam and Wes Anderson), but it’s hard to fault him for that when he does such a good job at it. I also don’t normally find sound design worth mentioning, but it absolutely stands out here. It helps perfect the “off” feel Ayoade creates with his direction, as does the idiosyncratic score by Andrew Hewitt.

The cast is similarly top-notch. Jesse Eisenberg has always kind of had two strengths: the timid, Michael Cera type (Zombieland) and the slightly sociopathic type (The Social Network). Here, his double role allows him to play both at the same time, and the result is a really great performance. Mia Wasikowska, playing Simon’s unattainable love interest, does a very good job as well, even if her character isn’t given a hell of a lot to do.

It does all come off as a bad case of style-over-substance, though. At its best moments, there is a streak of dry black humor weaving through The Double, but too often, it devolves into pretension and alienation. This is especially evident in the last half-hour, in which Ayoade goes down an eye-rolling route of overtly artsy symbolism and hard-to-follow plot goings-on. It kind of puts a damper on it all, and it’s hard to feel truly connected to Simon/James by the time the credits roll.

Still, Ayoade and company strike gold about two-thirds of the time, and anything that reminds me of Eraserhead is a winner in my book. I definitely wouldn’t recommend it to everyone, but it’s likeably surreal, very well-shot and interesting throughout. It is perhaps overly pretentious, but, hey, so is using the word Kafkaesque.