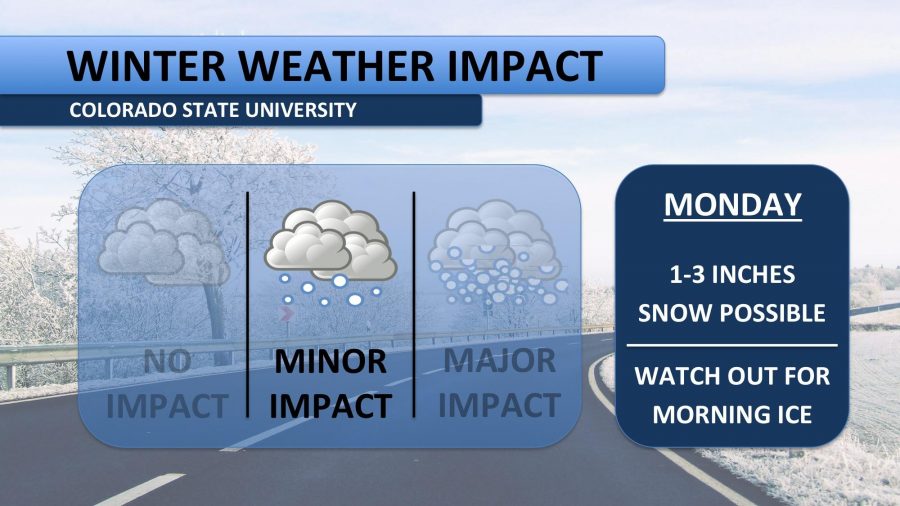 After some light snowfall on Sunday, another round of snow picked up early Monday morning. Snow squalls are expected to continue off-and-on throughout the day. Wet roads may freeze during the morning hours, so take it slow on the roads. By late afternoon, the snow should wrap up with about one to three inches falling.

Temperatures will be chillier, barely peaking above freezing. Expect a bit of a breeze in the afternoon as well. It’s definitely time to break out the winter gear again!

Monday should see the majority of the snowfall from this system. A few light flurries could spill over into early Tuesday, but I wouldn’t expect that to be a problem. Temperatures will warm towards 50 on Wednesday and 60 on Thursday.

Weather models are starting to entertain the idea that more snow could fall this coming weekend. It may start snowing Friday night, but most of the activity is currently pegged for Saturday. Stay tuned for updates!