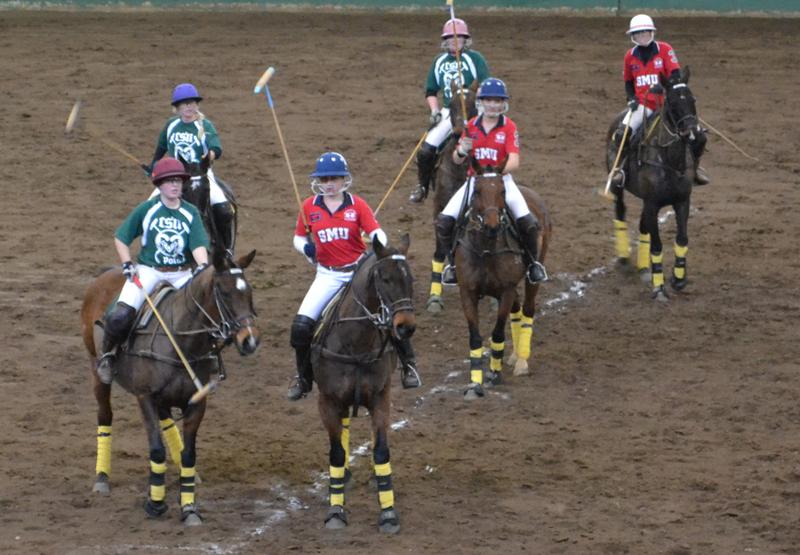 The men’s team played University of Connecticut on Friday and won with a score of 22-13.

The women’s team played Southern Methodist University with home advantage in the B.W. Pickett arena on the foothills campus on Saturday afternoon. At halftime, CSU was ahead 8-5. By the end of the third chukker, they were up 13-6. A lot of fast-paced scoring runs up the arena, excellent blocking, and strong offense lead the CSU ladies to an overwhelming victory over SMU with a final score of 18-7.

While the game of Polo may have a lot of unfamiliar terminology and rules of play for new spectators, the game is fast-paced and it’s easy to show your Ram pride. Unlike other equestrian sports, cheering is appropriate.

Tickets are $3 for students, $5 for adults and children are free. CSU Polo logo gear is available for purchase at the matches and also supports the team.

The next home match is Friday February, 20 at 7 p.m. at the B.W. Pickett Arena. The CSU women’s team will take on Skidmore College.

The equestrian center is located at 735 Overland Trail Drive. Parking is free.

Dixie can be reached at blogs@collegiancentral.com and on Twitter at @livestocklounge.