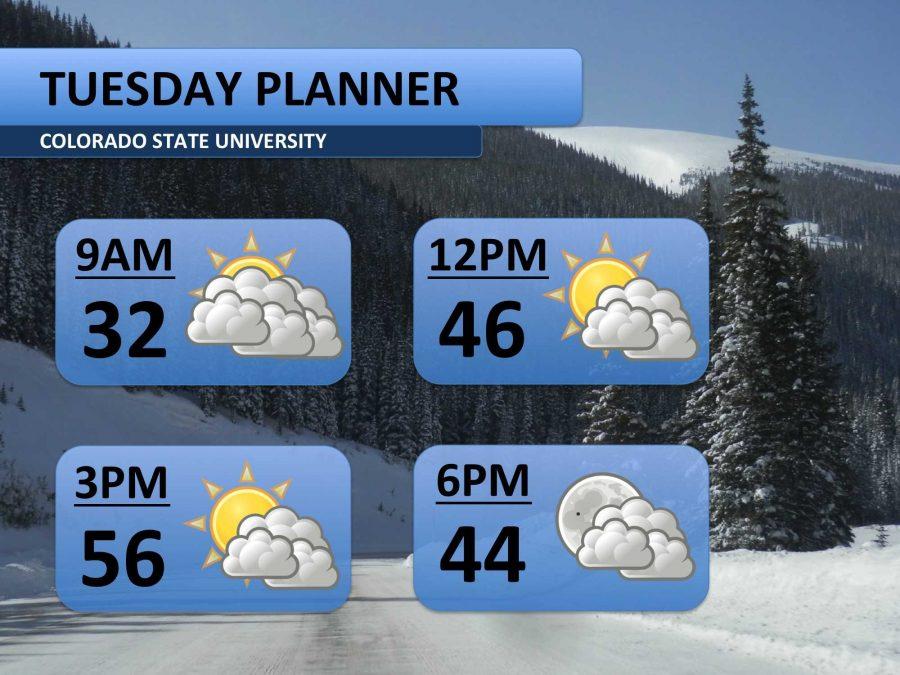 Light winds downsloping off the mountains will usher in warmer air on Tuesday. Clouds could be pretty thick in the early morning around 6:00am, but they should break up some heading into the day. Expect afternoon temperatures in the upper 50s; a temperature of 60 wouldn’t be out of the question!

A dry cold front should back into the area Wednesday, which will return temperatures to the 20s and 30s. Expect a lot of cloud cover, but the Fort Collins isn’t expected to see rain nor snow. That front will be short-lived as 50s return to the forecast for Thursday through Saturday.