In defense of the “F word” 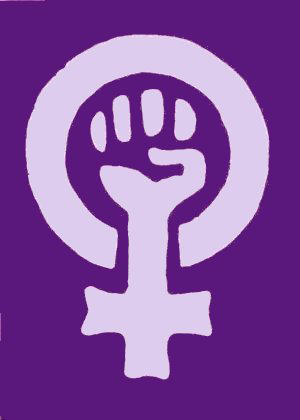 Words are powerful. They can tell stories, start conflicts, and even change the world. Some are vulgar in nature, while others are warm and eloquent, with sounds as beautiful as the meanings they convey. The connotation of words can change over time and across contexts, but it doesn’t change the idea behind them.

The “f word” is one such word. No, it’s not the four-letter expletive you might be thinking of. The word in question here is “feminism”. It’s the f-word that has caused controversy for decades and one that, despite efforts towards equality, still needs to be in existence.

Feminism, simply defined, is “the belief that men and women should have equal rights and opportunities” (Merriam-Webster, 2014). Although feminism has gotten a negative reputation over the years, its goal is not to man-hate while burning bras in the town square or to eliminate all traces of men to create a world in which women rule as supreme beings. Although media representation and societal belief would have you believe otherwise, feminism is not a group of crazy women spewing misandric nonsense. Feminists include men and women of different gender, race, and sexual orientation who share a common goal– equality. The only thing feminists want is for everyone to be treated equally– to have equal pay, to be respected in all professions, and to be thought of as beings of worth.

Earlier this year, TIME magazine produced a poll in which they surveyed the public on which words should be banned for 2015. TIME’s list included words like “bae”, “kale”, and “turnt”, all words that are common slang and have risen to popularity in 2014 (TIME, 2014). However, much to the dismay of some readers, “feminist” was another word listed in the poll. Unlike others on the list, feminism and the term “feminist” are not simply hollow slang words that teenagers throw around in every day conversation. Feminism is a powerful movement that has been ongoing since 1848, despite the fact that the term did not come to fruition until later decades. To many people, being a feminist is part of their identity, not just some slang term that can be applied casually. It represents decades of work and history to achieve equality among the sexes and shouldn’t be caught among the likes of laughable colloquialisms. TIME eventually apologized and removed the word from list of potential outlaws, but the fact that “feminist” was even listed brings into light why it’s a word that our society needs.

So, why should we keep the word feminism in our repertoires? I will tell you why. Empowerment. Feminism empowers people and although the ignorance and misunderstanding that surrounds the feminist movement is unfortunate, people everywhere could use feminism. With equality comes a shift in gender roles and societal practices, something that would help both men and women instead of limiting them.

Instead of having sex qualifiers in front of professions, a “woman judge” or a “male nurse” can simply be a judge or a nurse. Rather than listening to remarks like, “she’s eloquent for a woman”, we can begin to assess people for their contributions and merits, not by their worth as defined by sex or gender. Feminism will also break down stereotypes we have around sex and gender. Stereotypes we have about women and math or men and openly displaying certain emotions are constraints that are harming society. By telling people what they can and can’t do based on sex or gender, we are crippling our own societal advancement.

At the moment, we are creating our own demise. Instead of accepting status quo, we need to be proactive and challenge societal norms as they are today. Feminism isn’t about telling women they shouldn’t only want to be mothers or telling men that they can never compliment a woman. It’s about creating social justice for people of a society where everyone should have the opportunity to grow and thrive as they see fit. Feminism shouldn’t be a word with negative connotation, but rather one of hope and initiative. While women are most in need, feminism can help everyone in society, not just women, and it will help propel us into a more positive future.

Madeline Gallegos can be reached at blogs@collegian.com