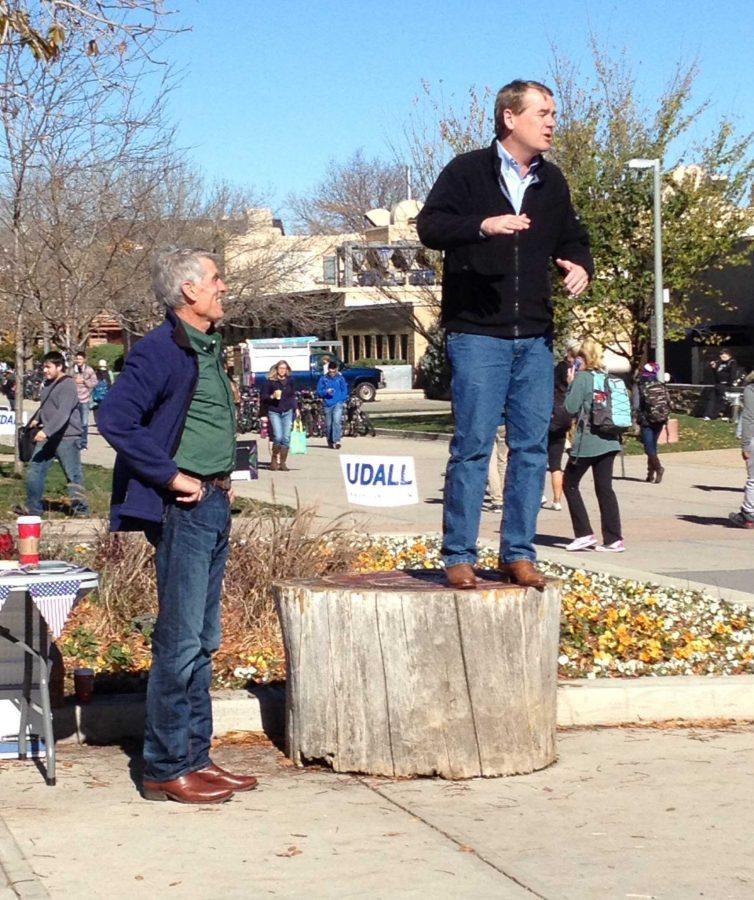 The day finally came… The 4th. Yes, I am referring to voting day and here at CSU, things were buzzing. I was sitting with a friend in the LSC this afternoon, just enjoying my lunch when there was a big commotion over in the corner. Several students were standing up or straining in their chairs to get a look. Senators Mark Udall and Michael Bennet were walking around the food court greeting students with handshakes and posing for photos.

I’ll admit it- I was pretty impressed. Sure, I’ve seen them in the newspaper and in their political television advertisements, but never in person. It’s pretty neat that two Colorado senators take their time to come to a college campus on Election Day to get the word out about voting. Yes, they’re here on the last day trying to reel in whatever additional support they can, but it seems like they care about the students at CSU. Their message was just for all of those students that hadn’t already-vote.

I mean, sure, it’s hard to discern their true agenda. Were they just there to rack up votes and get in a little face time in or do they really take an interest in students?  I hope it’s the latter. College students are extremely important to politicians for several reasons:

3. We’re the future. We’re the up and coming individuals in this country, so issues like economics, healthcare, jobs, the environment and political policies matter.

I was glad to see the two Senators, regardless of their political affiliation, on campus Monday. They weren’t pushy or long-winded. They just wanted students to exercise their right to vote. I appreciate the effort on their end and I’d like to think that they had the best of intentions for stopping by Colorado State University.

Hallie Gardner can be reached at blogs@collegian.com.