Weather: End of the week is mild, dry 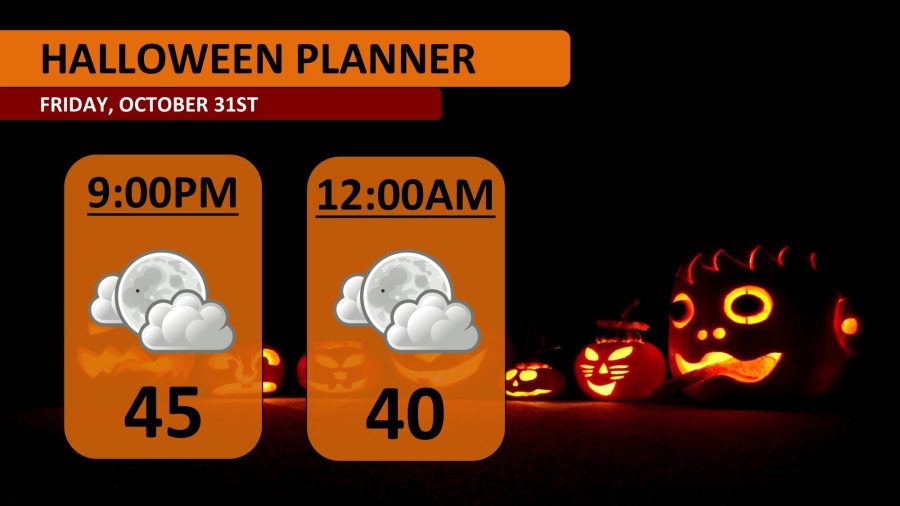 Only two more days until the weekend! Wednesday was beautiful with temperatures spiking up to the 70 degree mark in Fort Collins. Thursday will bring a return to more normal temperatures. Today’s high is 62 degrees. This afternoon would be a great time to do some last minute pumpkin carving or get a nice jog in!

I know quite a few people have their eyes on Friday night for Halloween. Friday may be a bit breezy, but those winds should die down before sunset. After that, expect temperatures in the 40s with mostly clear skies for the rest of the night.

Last, but not least, here’s the five day planner. The first half of the weekend, Saturday, looks to be the better day for outdoor activities. Sunday morning should be in the clear too, but a few showers are possible Sunday afternoon. These showers will pop up ahead of a system that may bring a bit of snow to Fort Collins on Monday. Some models have temperatures in the 30s all day on Monday, which is certainly a possibility. Watch social media for updates on what could be the first “real” snow of the year.