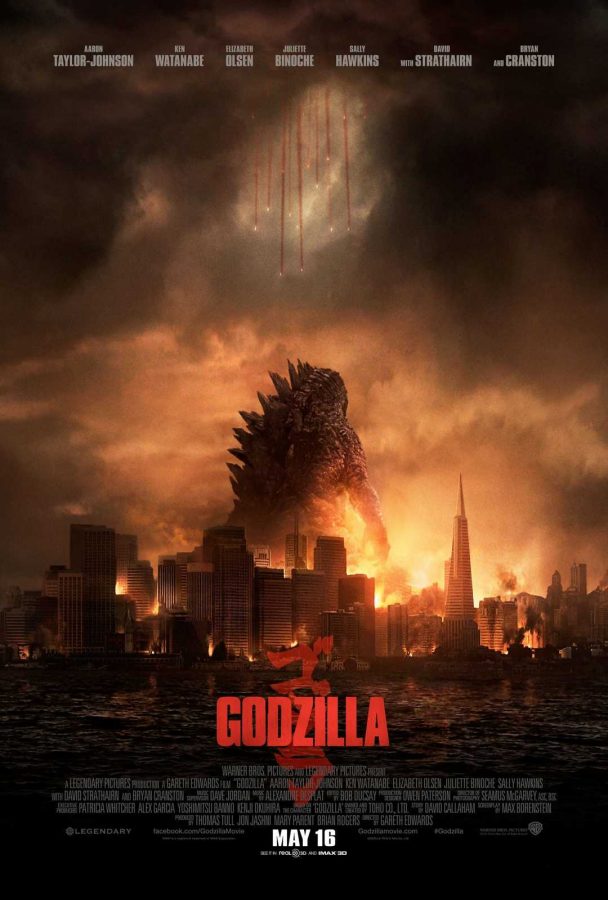 In 1998, director Roland Emmerich released his Godzilla, America’s first attempt at producing an entry of the ubiquitous Japanese franchise. While it was a monster hit at the box office, it was ravaged by critics, being nominated for six Razzie awards and now generally accepted as a complete failure. But nothing can stop Hollywood from making a buck, and here we are 16 years later with another attempt at Americanizing good ol’ Gojira. So did we get it right this time?

First off, you know what to expect when you go into a Godzilla film, even if you’ve never personally seen one. Giant monster. Big city. Sometimes a second giant monster. Recipe for success, right? Well, this time around, director Gareth Edwards made the bold move of taking the Jaws route of blockbuster filmmaking and not giving his titular creature much of any screen time. In fact, Godzilla isn’t even mentioned for the first 45 minutes of the film, and doesn’t make an appearance until the one-hour mark.

On the one hand, this could work to make the Godzilla character scary again (which it hasn’t been since Japanese audiences saw the first Gojira in 1954), adding an element of mystery and a layer of darkness. But Edwards’ bold move ends up falling flat. You see, if you’re going to make a monster movie with very little monster action, you have to put a little bit of work into your characters. Here, there is exactly one character worth caring about, and he doesn’t last very long.

Every other character is completely one-note and personality-less, which is especially frustrating considering the gifted troupe of actors the film has at its disposal. Talented newcomer Elizabeth Olsen is given nothing to do whatsoever, Ken Watanabe‘s character only exists to make frightened facial impressions, and Aaron Taylor-Johnson (the charismatic lead in Kick-Ass, who I did not recognize until reading IMDb after watching the film) is completely faceless and forgettable despite being the film’s main character. For heaven’s sake, this makes a Michael Bay film look well fleshed-out.

You know what having boring characters does? It makes the audience not care about their fate, eliminating any tension from suspenseful scenarios. The attempt to make a scary, edge-of-your-seat film fails magnificently here. In fact, there’s an almost remarkable lack of tension on display here. It’s dull and dreary throughout and it has the livelihood of a corpse.

Also, while I see Edwards’ intention with keeping Godzilla in the shadows, Godzilla seems to make a concerted effort to shy away from monster action altogether. In the film, monsters destroy San Francisco, Las Vegas and an island in Japan, yet we see most of it through television recaps and after-the-fact wreckage shots. Whether the filmmakers like it or not, the main reason people watch Godzilla films is to watch cities get pounded into oblivion and monsters beat the crap out of each other. Here, all we get are a lot of reaction shots and dull military routines. By the time Godzilla and the villain monster get in a (pretty cool) fight at the end, it’s too-little-too-late and I had already zoned way out.

I was expecting to like America’s second take on Godzilla, but it turned out to be quite a missed opportunity. It has its moments, but it is ultimately a snoozefest that offers neither cheesy action or nerve-racking suspense. This seems to be more critically accepted than the 1998 Godzilla, but at least that one entertained.

Zach Johnson can be reached at blogs@collegian.com.