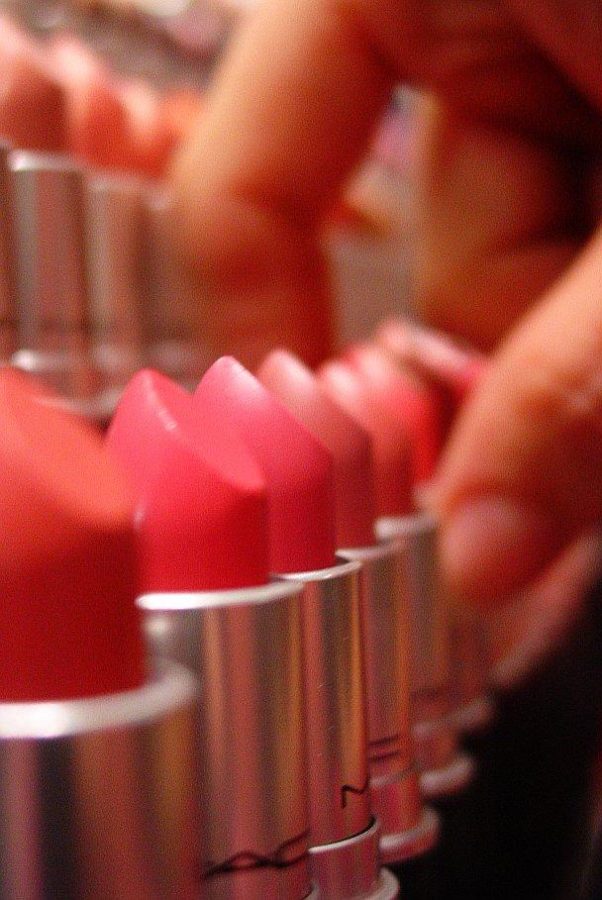 The advertising industry is one of the fastest growing industries around. It’s hard to go anywhere without seeing advertisements for something. Billboards alongside the highway, full-page ads for everything from medication to movies in magazines- even a peer with a Nike logo on their clothing serves as advertisement. To the companies who develop and distribute these products, it’s free marketing. To the rest of us, it’s affecting our culture and even shaping our norms.

Anyone who has walked down a children’s toy aisle at almost any store can clearly see the gender divide, most typically noted by the color shift between boys’ and girls’ toys. Girls’ toys are all pink and all related to motherhood (looking at you, baby dolls), cleaning, Barbie

dolls, and dresses. Boys on the other hand all have action figures, Nerf guns, and sporting goods. Of course, it’s not written in natural law that you buy your daughter Barbie and your son Iron Man, despite the fact that the mere placement and color palette of toy aisles suggest otherwise.

However, this kind of marketing isn’t just present in the children’s aisle, it’s in products that target adults as well. Somewhere along the lines, advertisers decided that any product for women should be made pink, despite the fact that pink used to be a masculine color. In the 1700s, pink was strictly a male color because it was considered to be “stronger and more passionate, and was a derivative of red” (NPR, 2014). But over time, the color pink has evolved to have strictly feminine connotations.

Now we women have marvelous pink items that allow us to get things done, while still reminding others that we are feminine and delicate. Thanks to this kind of target marketing, we have everything from pink cars to pink guns to pink pens. I know what you’re thinking, ladies, “Dear God, I’ve been using masculine pens this whole time?!” I know, I know, it’s alarming to think that we’ve been using writing instruments intended for men for decades. But thanks to female-targeted marketing, we don’t have to anymore!

Marketing that supposedly caters to women isn’t actually helping women. Instead it’s hurting women because, as odd as it might sound, taking the same product marketed to men and making it pink is really more insulting than anything. Instead of creating gender equality, female-targeted marketing is actually just widening the gap. Take for example the Honda Fit She’s, a car that’s only about two years old, which was developed just for women. The car comes in pink, white, and brown (to mimic popular eye shadow colors) and has a special windshield that supposedly prevents wrinkles (TODAY, 2012). In addition, it also comes with several additional mirrors in the car, so that women can put on makeup while they travel (TODAY, 2012).

Although the Fit She’s car never really blew up in the United States like it did in Japan, the fact that it exists, along with other “female” products is statement enough. Instead of making a good product that does what it should and that works for everyone, we have a market filled with gender exclusive products that are slowing efforts towards quality. If your company has a product that only works for fifty percent of the population, maybe your product isn’t as good as you thought.

The fact that female-targeted marketing is centered around gender stereotypes is highly alarming. Instead of promoting inequality, products and companies should be promoting universal usefulness when developing products. I need a pink car that prevents wrinkles like I need a bedazzled blender. Making all female products pink and more attractive than they are useful is only reinforcing gender stereotypes. It’s harming adults and children alike by creating norms and ideals that say that men are more important than women (which is obviously why they had pens first). Female-targeted marketing has taken a step to far and is actually degrading and generalizing female consumers and, until it stops, gender equality will only be that much harder.