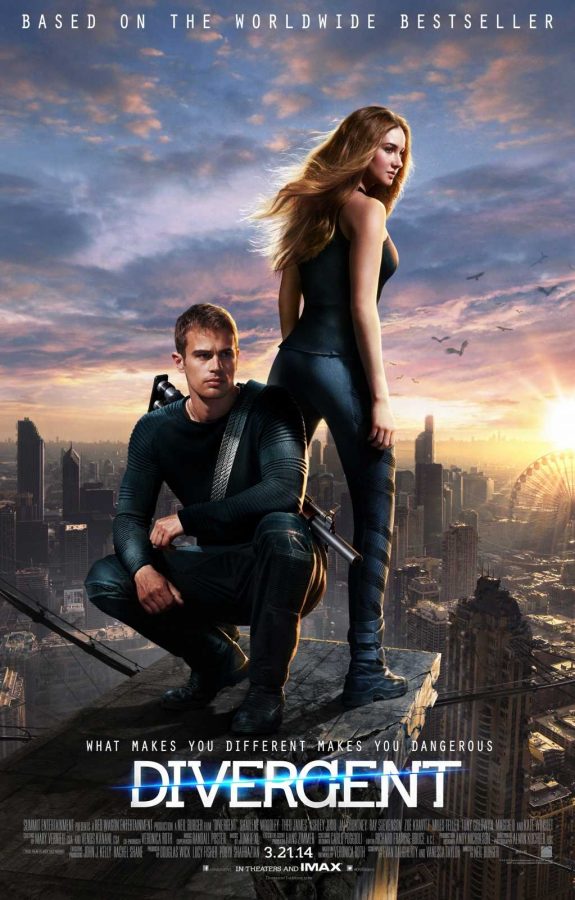 A dystopian society split into different sectors to retain peace and snuff out individualism. A beautiful heroine born in the lowest sector on the totem pole who discovers she has a knack for excelling in combat. A strappingly handsome young man who gets romantically tied with said heroine and joins forces to stop the oppressive government. Sound familiar? But wait! Today, we’re not talking about the Hunger Games; we’re talking about Divergent, the newest young adult book/movie series chosen by tween girls everywhere to be the next big thing.

Divergent is about a post-war society that has been split into five different factions, each embodying one facet of a human’s personality. Protagonist Tris (hey, rhymes with Katniss!) soon finds out she’s a Divergent, one who has characteristics of each of the five factions (a.k.a. a normal human). Forced with choosing a faction to follow, she chooses the Dauntless faction, whose one personality trait is bravery (this means they run around and do parkour a lot). There, she meets her mysterious beau Four, but soon realizes that Divergents are being hunted down and that she and her whole family are in danger.

First off, Divergent gives us quite a head-scratching dystopian government set-up. The different factions each only have one personality trait, but that’s not how humans work. There’s a test that tells you which faction you belong to, but you can ignore the test and go wherever you feel like. The factions still interact with each other constantly, and the set-up seems to be doing nothing but ramping up prejudice and discrimination. This set-up would fall to pieces in no time even under the most oppressive of governments.

The faction set-up also conveniently allows the author to write no characterization for the majority of the characters, backpacking on their already established trait and not going any farther than that. But even the characters with an opportunity to be memorable are completely faceless; Four and Tris look like they were torn out of a fashion magazine and their forced, predictable romantic tryst is lacking in chemistry. Also, why is Tris, a chosen Divergent, so freaking dull? I know it’s Young Adult Novel Writing 101 to leave your main heroine faceless so susceptible tweens can project themselves into the novel, but it makes for a supremely uninteresting film protagonist.

These quips could all be slightly forgivable if the film’s plot gave us something to think about. I mean, dystopian sci-fi set-ups are perfect for making scathing commentary on society. Alas, Divergent does nothing with its silly premise, instead opting for a teen-film-by-numbers plot line that remains predictable throughout and offers no surprises whatsoever. Every emotionally “important” part of the film is accompanied by a soaring Ellie Goulding number. The “teenage-girl-finds-out-she-doesn’t-fit-into-society” plot line is tailor-made for angsty young girls who are still in the process of finding themselves. It’s like the film is based off of a Teen Blockbuster Mad Lib. They even gave the lead role to someone that looks a good amount like Jennifer Lawrence.

Yet it’s still almost mean to bash on Divergent. It’s obviously meant for teenagers and manufactured to be nothing more than a Hunger Games clone. It goes through the motions, but the motions are tried-and-true successes and that makes for an easy watch. It’s also far less damaging to impressionable teens than Twilight or 50 Shades of Grey. But it just seems a little hypocritical to create an entire film series which champions being yourself and breaking from the chains of society while shamelessly ripping off every element of the series from other popular blockbusters. Move on, folks, nothing new to see here.