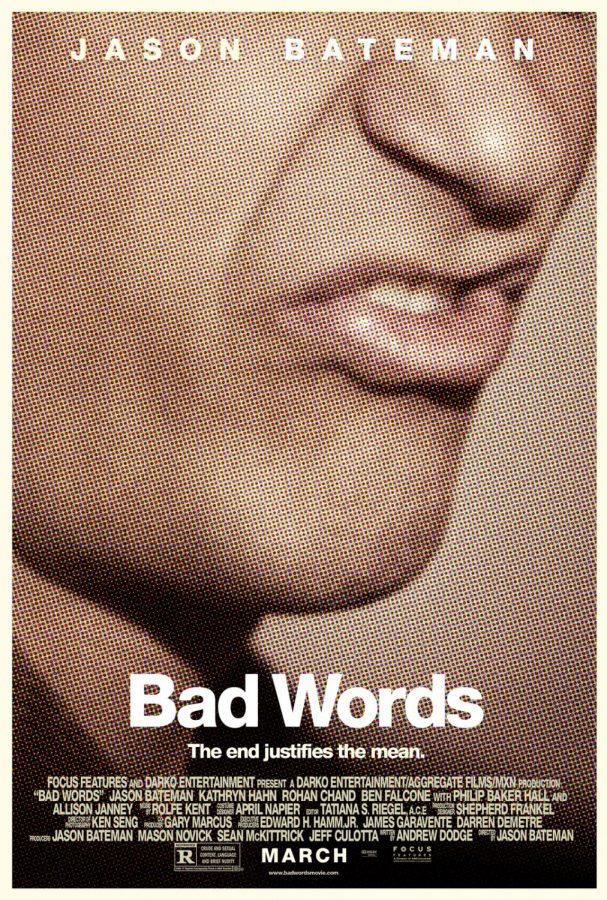 I’ve always had mixed feelings about Jason Bateman. I’m a big fan of Arrested Development and Bateman’s Michael Bluth is pitch-perfect and keeps the entire show together. Despite his obvious talent, though, his film output has been frustratingly desultory; for every hit like Horrible Bosses, he stars in about three immediately forgettable romantic comedies (anybody remember The Switch?). But I still have faith in the guy, so I was intrigued by Bad Words, his directorial debut.

The dark comedy follows foul-mouthed Guy Trilby (Bateman), a loser in his 40s who exploits a loophole in order to compete in the national children’s spelling bee to the dismay and disgust of many, many parents and adults. Along for the ride are Jenny Widgeon (Kathryn Hahn), a journalist trying to find out the reason for Guy’s sudden interest in spelling bees, and Chaitanya Chopra (Rohan Chand), a 10-year-old contestant who wants desperately to befriend Guy.

As you may have guessed from the title of the film, Bad Words is a quite crude, mean-spirited comedy. It’s not exactly fun for the whole family; the good majority of Bateman’s lines in the film are at least slightly offensive. It’s also quite heavy on racist quips and bullying of children. If that doesn’t sound like your cup of tea, you’ll have a hard time enjoying the film.

Even if you’re not easily offended, the script (written by first-timer Andrew Dodge) is still pretty hit-or-miss. Bateman and child actor Chand do a great job with the material and deliver the profane lines with great comedic timing, but the problem is that they’re oftentimes just not that funny. Some of the gags are winners, but one frequently gets the feeling they’re just trying too hard to be offensive.

Another problem is Bateman’s scumbag character. From the get-go, he’s shown to be an unlikeable bully. This is a change of pace for Bateman, who usually plays a nice guy (at least on the surface). He does a fine job playing out of character, but the script later wants to paint Trilby in a positive light despite him never really doing much to deserve it. There’s something intrinsically insincere about wanting us to champion a character for sticking up for a bullied Indian kid, even though he refers to the kid in solely racial slurs and bullies little kids into submission for the majority of the film’s running time.

Also central to the plot is the mystery as to why Trilby is participating in the spelling bee in the first place. The film waits to reveal this to you until near the end, but the big reveal is less of a “wow” moment and more of a “meh” one. I won’t ruin it for you, but I will ruin that it really doesn’t have much effect on the film as a whole.

This reads as quite a negative review, and that’s not really indicative of my feelings on the film as a whole. Bad Words is funny, the cast does a great job, and it’s altogether not a bad way to waste 90 minutes. But Bad Words is also scattershot and its awkward attempts at being heartwarming near the end leave a bad taste in your mouth. In the end, you can basically watch Bad Santa and get the same idea, except with more laughs and more heart.