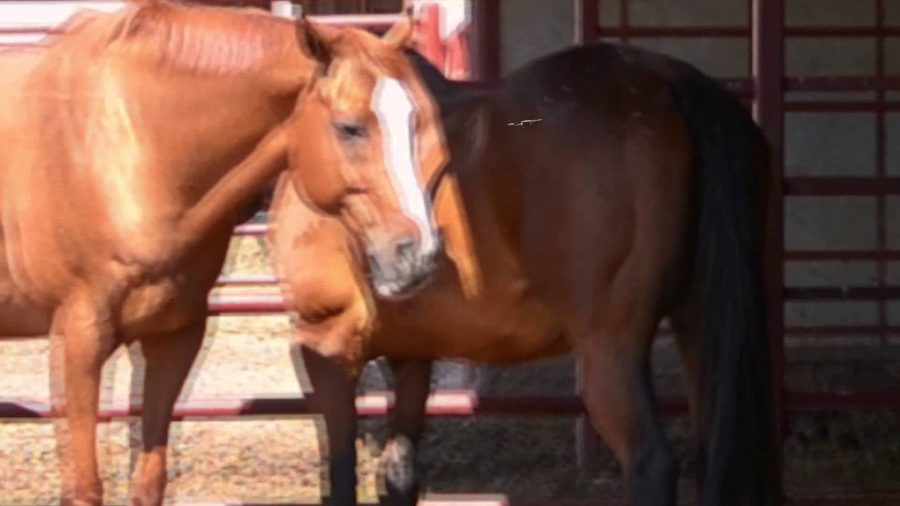 One of my favorite things about school the second time around is that I’m finding lots of ways to make my journalism classes and equine classes intersect. This summer I made a short Public Service Announcement film for my media class about West Nile Virus and horses. It’s not easy telling a story in 60 seconds or less with no narration or words on-screen until the end credits roll. To make it even more challenging since I couldn’t film a mosquito in action, I decided to add animation for my piece. Since the project is done, I’ve included some more information about West Nile Virus.

Birds are the reservoir host of West Nile Virus, which can cause an inflammation of the brain known as encephalitis leading to a variety of neurological symptoms including death. Female mosquitos that drink the infected blood from birds spread the virus. As she draws the blood up through her proboscis the virus sits in her salivary glands. When she bites another animal the virus moves down the proboscis with the saliva into the capillary of the victim.

Horses and humans can be infected with West Nile Virus though the virus cannot spread from horse to horse or horse to human. There is no cure for West Nile Virus for horses only medical support after infection. However, not every animal infected by the virus will show symptoms, which can range from unnoticeable or mild symptoms to severe neurological impairment, even death.