In the end, it was grand. 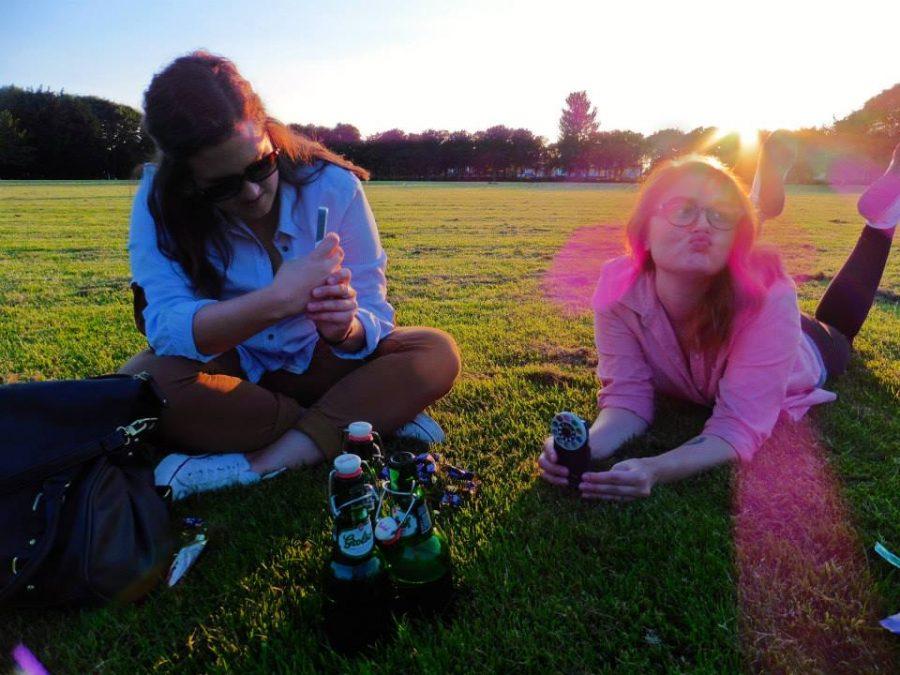 I’m in the Dublin airport right now after having gone through customs, looking like a mangy sheepdog from the rain, and basically feeling all of the things.

All of the things.

Mainly just because I didn’t expect for the end to come this quickly.  I remember the feeling of leaving JFK without anyone familiar sitting beside me on the plane.  I remember touching down in Ireland and not being able to stop my hands from shaking; I was so nervous.  I remember wandering around the airport, missing America and everything familiar in my life.

It’s just funny how fast that feeling subsided.  It was probably the group of people I was surrounded with during this trip– the Colorado folks, who discovered the city with me and became my little family, and the Ireland folks who showed me how to properly enjoy the simple things in Dublin and not take anything too seriously.  Had I been by myself, I would have been an awkward, bumbling wreck, but because of the people around me, I just felt taken care of.

I have several friends who have passed up the opportunity to study abroad because of things like money or fear.  Both of these are legitimate reasons not to do something, but it’s so clear to me now that after college I would never be able to do something like this.  Now is the only time in my life I would be able to drain my bank account and not feel like a total failure; to run around London at all hours of the night or hike the thousands of steps leading up to the peak of the Wicklow Mountains without…well, dying (obviously, I’m never planning on getting any fitter than I am now).

I’ve told this story already, but I’ll tell it again; the story of how I almost didn’t apply to come to Ireland.  I was scared that I would be wasting my summer spending money on a pointless program rather than traveling on my own terms (which ideally would have been a backpack and a bicycle, and probably would have been a terrible idea had someone allowed me to see that through).  Not only did I travel, though, I worked, and I learned about an industry, and I met people that I never would have met had I just been bobbing around the country.  So thanks to the rational side of my brain but mostly just my parents, who convinced me to apply considering that it was Ireland and if I passed up a trip like this, I would basically be Mickey Rourke levels of insane.  It’s always good to get a little perspective.

I’m trying to think about the things I’ll miss most about Ireland.  The lack of any lilting Irish accents in Colorado will most likely drive me out of my mind.  I’ll miss chips with every meal, and the vinegar and mayonnaise that always accompany it (at this point, my reputation with those I’ve met in Ireland is essentially based around my knowledge of where to get the best chips).  I’ll miss the sun waiting to set until 10:00 pm, so that you can enjoy the park for as long as possible after work.  I’ll miss the double-decker bus, which most likely causes 90% of all ankle-related injuries in Dublin.  I’ll miss day tours that led us to amazing places but always required a sleep-inducing bus ride.  Oh, and beer.  The Irish sure know how to brew it.

Enough with all the sentimentality, though…if I keep writing about how much I love and miss Ireland, I’m pretty sure I’m going to start getting hate mail.  Also, I might cry in front of people I’m about to share a 6-hour flight with.  I will end with this, though: I loved Ireland.  This was the best summer of my life.  I’m glad I took the leap, and I encourage any of you out there who are considering it too to travel as much as you can at this point in your life.

Thanks for following this blog, and keep checking the Collegian’s website for further blogs or videos from me in the future. Until then, cheers to a new semester and to the end of one journey– it always means the beginning of another.