Fish out of water eats fish and chips 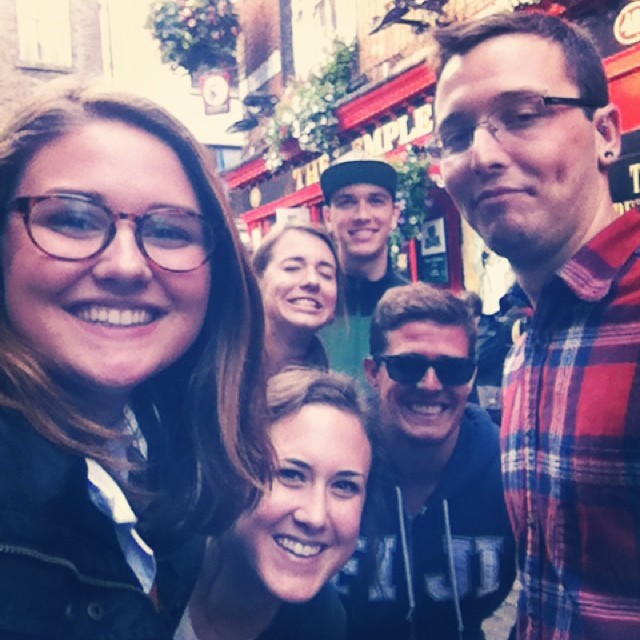 I ate fish and chips.  For the first time. In Ireland.

I feel truly accomplished now.  I know the whole thing about fish and chips is it’s mostly an English thing, but I figure trying the dish in Europe is good enough.  And I tried Bulmer’s, too– I know getting hard cider in Colorado is somewhat of a namby-pamby move given our rich history with beer (although I still love it anyway), but in Ireland, Bulmer’s is pretty much second to Guinness.  And it’s amazing.

So, two wonderful culinary discoveries today, and although I haven’t hit the pubs yet (I have an interview tomorrow, don’t be ridiculous) me and a group of great people are planning on finding the local shouts so we don’t end up at the touristy Temple Bar every night.

Tonight, instead of doing the local crawl, I’m studying up on the company I’ll be interning at: The Writer’s Guild of Ireland.  Tomorrow, anything could happen.  They could turn me down or everything could go fine; I’m trying to keep an open mind about it all.  I’m also trying not to focus on home too much, since dwelling on thoughts of Colorado and my family just make me homesick.  I am adjusting better today now that it’s the second day, now that I’ve adjusted to the bus system, and now that I have an international phone plan (cue happy dancing).

I will be honest though, while culture shock hasn’t quite settled in, there are still a few things that I miss from Colorado.  They are:

-The summer heat with bursts of rain (Here, it’s all-day rain.  Annoying.)
-Using american currency
-My car (MY CAR! How I miss driving to the grocery store instead of walking home with my arms full of heavy grocery bags).
-Refrigerated eggs (you read that correctly).
-Chik-fil-A.  Oh, my beloved Chik-fil-a sauce.

Not that being here isn’t great, because it’s wonderful, and there are plenty of things I love about being here that I can’t get in Colorado (the buses have free WiFi on them- WIFI!).  I figure, though, that maybe I’ll appreciate these things more when I get back, so that I can return to Fort Collins with a new lease on life…and a greater appreciation for my Subaru.

(For more, go to glassesgirlgoesabroad.blogspot.com)