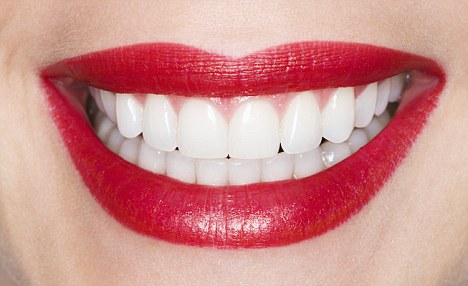 Last semester, one of my professors told an anecdote in class that was incredibly impactful. Even though the story was short, it was quite memorable. She had just come from a coffee shop on campus where she, like anyone else, was waiting for her order before heading to class. While she was waiting, a man approached her and told her that “[She] would be a lot prettier if she smiled”. The man then proceeded to grab his coffee and walk away like it was no big deal. My professor was less than thrilled by this man’s comments, as, I hope, most women would be. In addition, it’s important to note that my professor didn’t know this man, nor had she even seen him before. Interesting situation, isn’t it?

Catcalling and verbal harassment is, unfortunately, something that happens all too often. In the media, it’s typical to see a woman be shouted at by construction workers while she’s walking down the street of a highly populated urban area, but this is not always the case. Verbal harassment can happen basically anytime, anywhere, whether you’re walking to school, out with friends downtown, or even at your favorite coffee shop. In addition, catcalling doesn’t just have to be a greasy looking man with a mustard-stained tank yelling “Hey Baby”. It can be calling a woman any assortment of names (baby and sweetheart are seemingly the most popular), providing any unwelcomed comments, or even whistling or just being creepy in general.

However, one artist in Brooklyn is taking a stand for women everywhere and has made an amazing and, to some, enlightening series of art that expresses exactly how women feel about catcalling and other types of verbal harassment. Tatyana Fazlalizadeh has dedicated her time and efforts to creating posters of women who want to speak out against gender based verbal harassment.

Each portrait is of a different woman and has a caption geared towards men who think catcalling is a perfectly acceptable type of social interaction. Ranging from “Stop Telling Women to Smile” to “My Name is Not Baby” to “Women Do Not Owe You Their Time or Conversation”, these simple posters that are exhibited around the borough are short, sweet, and to the point- women don’t like being yelled at by strangers (what a concept), nor do they appreciate the lewd comments.

The poster series has become so popular that Fazlalizadeh has begun travelling to cities around the U.S. to create city specific posters with the help of local people who have a desire to get involved. Some of the cities included in the new project include Detroit, Los Angeles, and Miami. With increasing presence in more cities around the nation, women’s power against catcalling and verbal harassment will only begin to increase. In addition, this presence will allow men to finally understand that what to them seems harmless and victimless, is actually devastating to women.

Women all around the world deal with verbal harassment and catcalling, but finally, someone is speaking up about it, because it’s a bigger deal that most people think. When a man tells a woman that she should smile or calls her something like “princess” or “baby”, it’s not only annoying, but also degrading. Women do not go outside for the sole purpose of pleasing men (I know, hard to believe). As crazy as it sounds, women do have jobs, like to go out with friends to eat, and even, God forbid, go out for a walk when the weather is nice.

As awareness increases and more voices are added to the protest against verbal harassment, things can only get better. Women shouldn’t have to pretend they didn’t hear a derogatory comment and men shouldn’t feel compelled to yell at female strangers, even if they do find them attractive. More and more action is needed so that society stops allowing for catcalling to be minimalized so that it’s seen as a victimless act. However, with activism in art and a new generation of feminists, hopefully, that change is in the near future.